It's finally time to sell her. 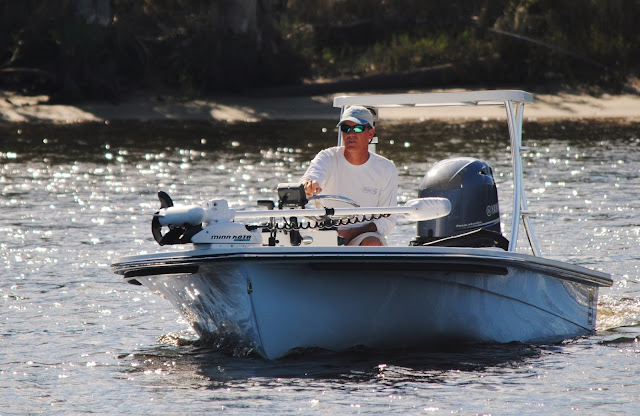 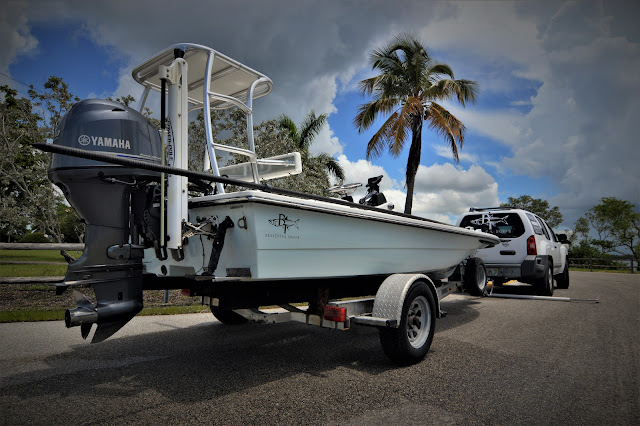 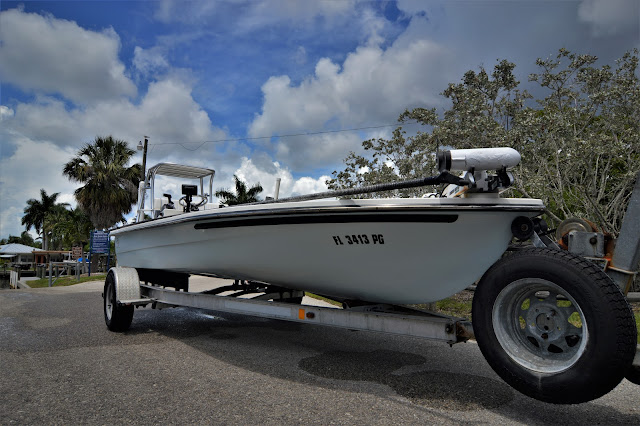 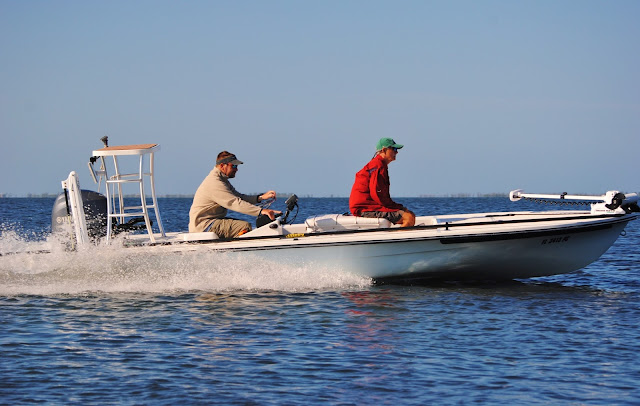 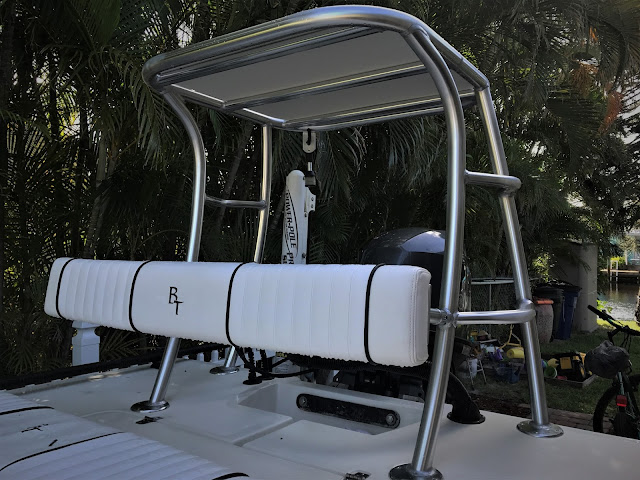 2012 Beavertail BT3 for sale with 2014 Yamaha F70.This is one of only two side console BT3s ever built and is also one of the lightest. The BT3 has the same hull as the current Beavertail Vengeance but with a more spacious cockpit. This boat has a true 8" draft fully loaded with two anglers and has a top speed of 35mph with the current Yamaha F70. Cruising speed is 27mph while burning less than 4gph. I built this BT3 to go shallow, not fast, so the engine has rarely been run over 4500rpms. Current hours are 1152 and all oil/impeller changes have been done every 100 hours. An 82" beam and huge front deck make it the best fly casting platform on the water while being very easy to pole with zero hull slap. It had a complete factory overhaul done last week in Bradenton and is in great condition with several upgrades. Also included are:

Under gunnel Seadek padding in Faux-Teak.

The boat is currently located on Matlacha, FL and I'm asking $28,500. Please call me at 239-565-2960 with any other questions. I have several more photos that I plan on uploading tomorrow but feel free to shoot me a text if you'd like to see them sooner.

Posted by Capt. Gregg at 7:18 PM Links to this post

From this month's Nautical Mile Magazine:


Late summer on Pine Island is usually a time of transition for my charters.  I stop focusing exclusively on tarpon, even though there are still plenty of them out there, and go back to chasing whatever target of opportunity presents itself on the flats.  Snook, trout and redfish are back on my list as well as several other edible species such as snapper and Spanish mackerel. But the best of all is the pompano.

This beautiful and hard fighting member of the jack family easily gets my vote as the best tasting fish that you can find in the shallows.  Unlike their much larger cousin the permit, pompano rarely exceed five pounds of solid, flying saucer shaped muscle.  Their sharp, forked tail gives them a tremendous acceleration and they’ll often jump several times when hooked.  This combination of good looks, great taste and a strong fight has made pompano a favorite of anglers in both the Gulf and Atlantic for decades.

There are several ways to target them on both spin and fly gear but in late summer I’ll choose the easiest route.  Pompano are often spooked by running boats and will often skip like a stone in your wake.  They’re easiest to spot when cruising through manatee zones and at a fast idle.  If you see this happen kill your engine immediately and start bouncing live shrimp or shrimp tipped jigs on the bottom.  Pompano are a schooling species and where you see one there will usually be plenty of others, especially in water between three to six feet deep.

Fly fishing for them right now in the dark summer water is a bit more difficult but I’ll sometimes dredge the bottom with heavily weighted Clouser Minnow patterns cast with an intermediate line.  This is a bit more labor intensive but pompano are an elusive catch on the fly here in SW Florida and well worth the effort.  Sight casting to one here on Pine Island is almost as rewarding as scoring on a permit down in the Keys.

The beaches from Sanibel to Cayo Costa are some of the only places that fly anglers can actually spot cruising pompano right now.  Other than that, the inshore flats in August are the color of coffee and this is perfect camouflage for almost any species.  You’ll have to wait until the middle of winter when the water brightens up again to really sight fish for them.  Once that happens there are plenty of bright and shallow sandbars in Charlotte Harbor when pompano gather.

Cruising stingrays are the one thing that ever angler should constantly look for, especially in the skinny water.  Most rays are crustacean eaters, just like pompano, so it’s not uncommon to find several different kinds of gamefish clinging to their backs.  As a rule, I toss whatever is in my hands at every stingray I see and this has resulted in plenty of pompano on my boat, especially with the fly rod.

You won’t find a better looking or better tasting gamefish anywhere on the flats of SW Florida.  Most of the pompano we catch are in the two to four pound range which makes them perfect for the grill or sauté pan.  A big one will easily feed two people and you can have fun releasing the rest.  I’m really looking forward to bringing home a few nice pompano this month after a long season of chasing big, inedible tarpon.  Hope you can get a few for yourself.

Posted by Capt. Gregg at 7:20 PM Links to this post