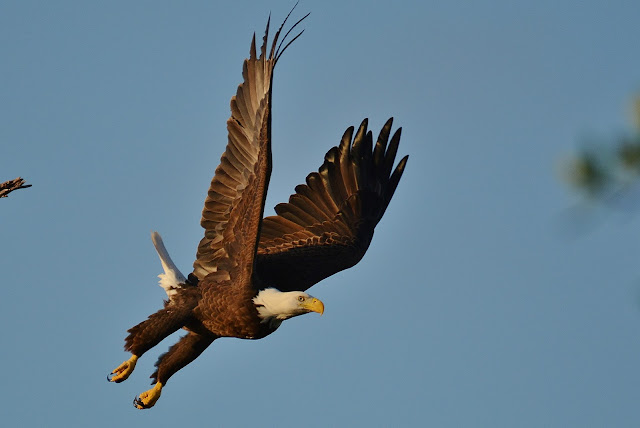 Bald Eagles are seasonal residents down in this part of Florida and they return like clockwork at the end of summer.  This bird is one of a pair that nest on the mangrove island just north of Matlacha and have been there for at least seven years.  The most remarkable thing about this pair of eagles is that they routinely produce three chicks that all survive to fledge.  I've seen this happen four years in a row and below is a photo of the brood from 2014. 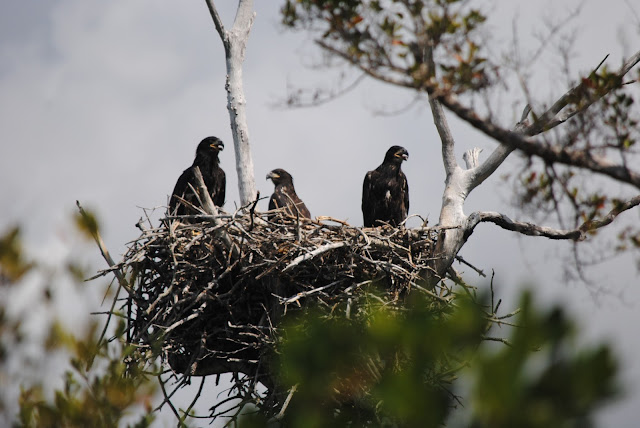 This is very uncommon as the first hatched chicks will often kill the youngest so the isn't as much competition for food.  I guess this is a sign of good genetics from this pair of eagles.  I love photographing these guys so stay tuned and I'll post as many shots as I can.