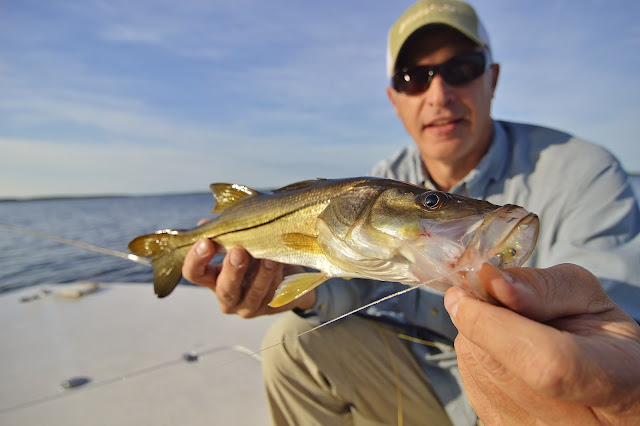 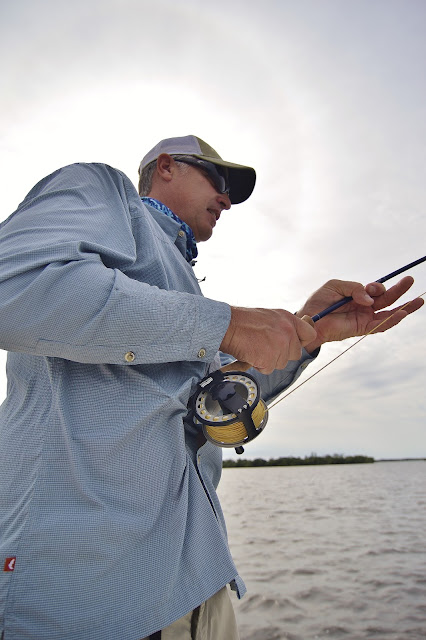 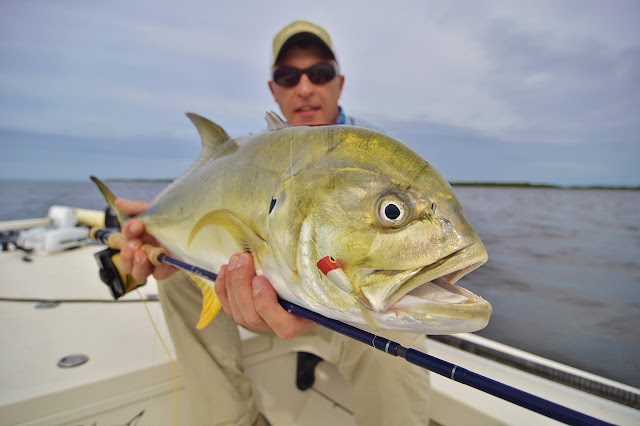 These last two days have been a real kick in the teeth. We just had some of the best morning tides of the fall which gave us excellent tailing redfish conditions earlier this week.  The northern flats of Pine Island Sound were covered in reds on Wednesday and Thursday but Mother Nature had to toss a cold front at us just in time for the weekend.

If you're new to the area you'll quickly learn that north winds and negative low tides mean there will be almost no navigable water in much of Matlacha Pass for several hours. I saw no less than three different boats run hard aground today just because they missed a channel marker.

And any time Mother Nature hands me a few days with high winds and no water I always seem to have a hard-core fly angler scheduled to fish.  Friday and Saturday was no exception and Idaho angler Doug Ott made the best of it.  We landed a handful of undersize snook, a couple of nice legal trout, and the full Trash Can Slam of ladyfish, catfish, and blowfish, all on fly.  I didn't take any pictures of those but I should have.

Several big schools of jacks have been ripping up bait just north of Matlacha and we were lucky enough to run into them on the way home yesterday.  Dropping poppers anywhere near them drew immediate strikes.  The jack in the last photo was a ten pounder and the only one we managed to actually land.  It saved the day for me and hundreds of his buddies are still out there in Matlacha Pass waiting to be caught this week.  Go get them.