I got to spend a few hours on Capt. Don Moorhead's awesome Shearwater bay boat a few days ago. We set out looking for reds under the mangroves but were quickly swamped by several waves of big jacks which hit everything we threw at them.  We landed three but the real highlight was watching a dolphin trailing us smash into one of our released fish.  Here are some shots from that morning. 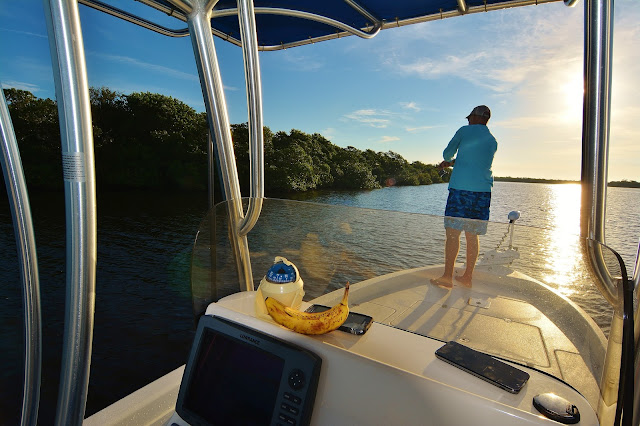 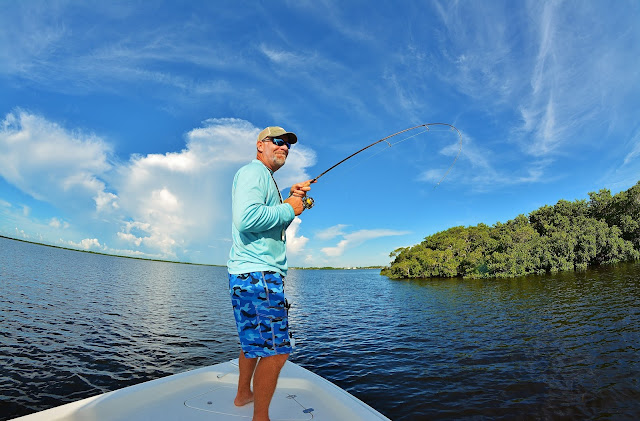 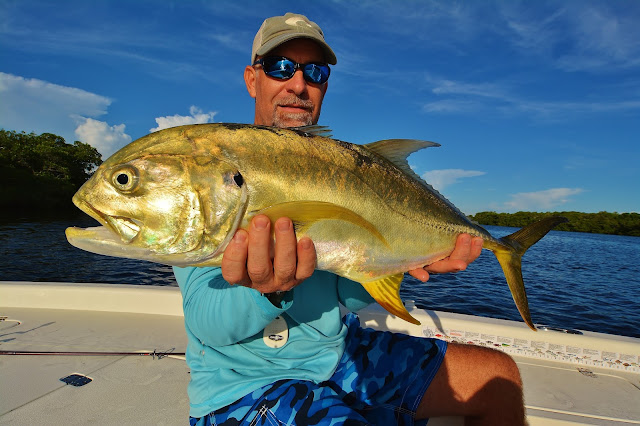 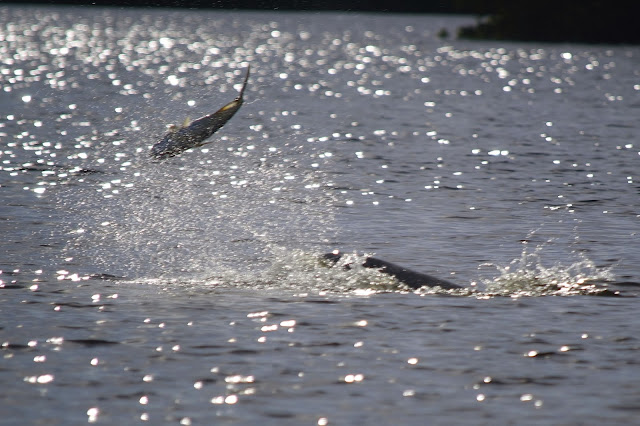 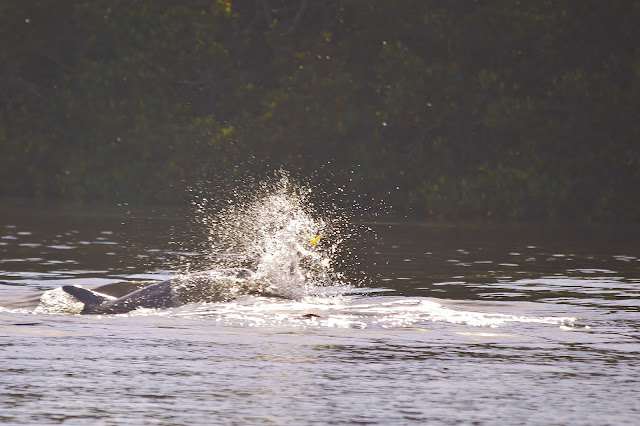 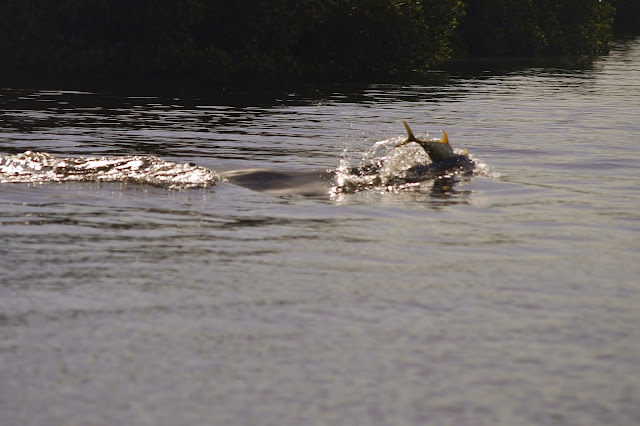 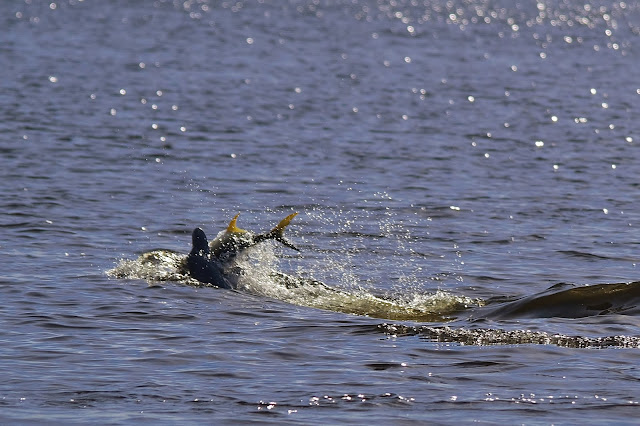