Tarpon In A Thunderstorm 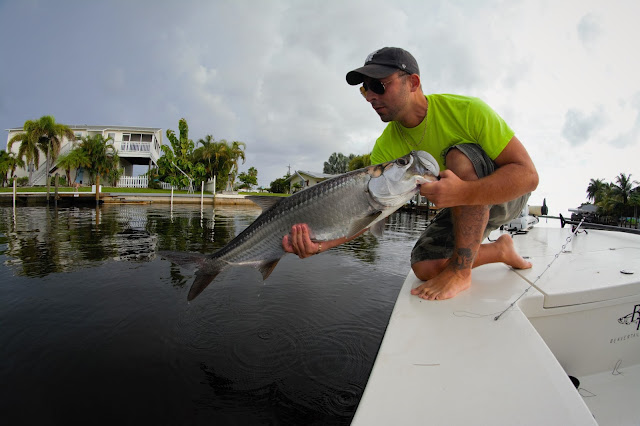 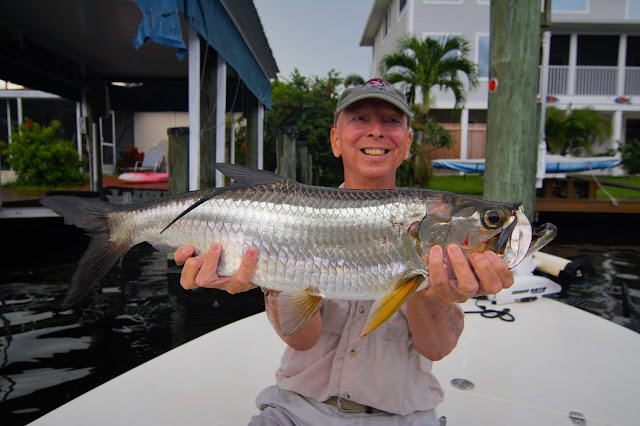 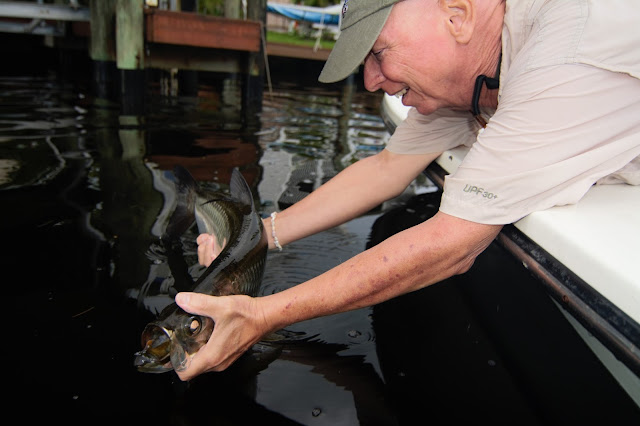 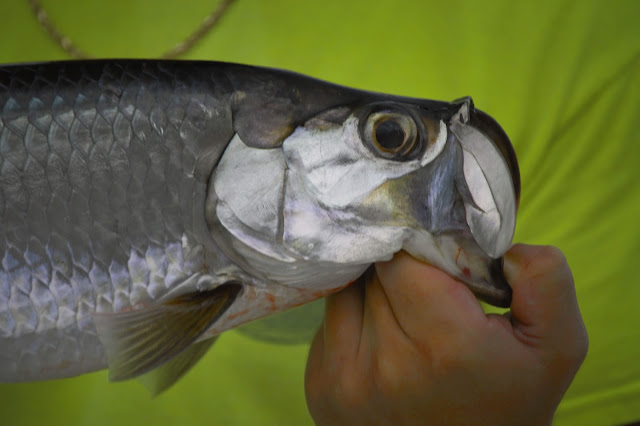 These shots are from Thursday morning when an intense storm blew up right after I launched from Matlacha Park. The rain wasn't too heavy but the thunder and lightning were constant. Normally I would have spun my boat right around in this kind of weather but I was fishing with two of my local regulars, Len and Brian Favara, who wouldn't hold it against me if I got us all electrocuted as long as fish were caught.  Fortunately for all of us, there were still a lot of baby tarpon hanging around the seawalls and the storm really boosted their appetite.  Another bonus to fishing right next to the island were the numerous tall trees and sailboat masts that would hopefully draw the lighting bolts before they made it to our heads.  It worked out and we wound up feeding an handful of great little tarpon.

All joking aside, I would never have gone out into open water during weather like that and I was very close to heading in at least several times.  Lightning is a real killer in SW FL and holding a 7-foot graphite fishing rod in your hands is just asking for it.  I've been in the middle of two different thunderstorms down in the Keys where I was fairly certain my passengers and I were going to die.  This was long before smartphones with radar apps and it's a horrifying experience to say the least.  We've got some more nasty weather coming in the next few days so keep your eyes on your screens if it starts rumbling on the horizon.
Posted by Capt. Gregg at 7:18 PM