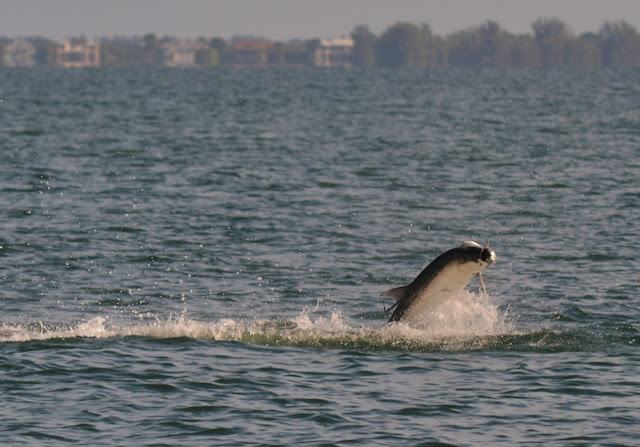 I usually avoid Boca Grande Pass like the plague this time of year but there are some very big animals rolling through the shallower inside waters right now.  My angler hooked this full grown tarpon from a school of at least 100 fish using a 3/0 purple Toad fly and casting a 10-weight Sage Xi2.  We were way under-gunned with this outfit.  The photo above was the last of at least a dozen jumps we got out of the fish before it spat the hook.  During the ten minutes we fought this tarpon at least six other boats motored onto the rolling school and started hurling bait at them.. 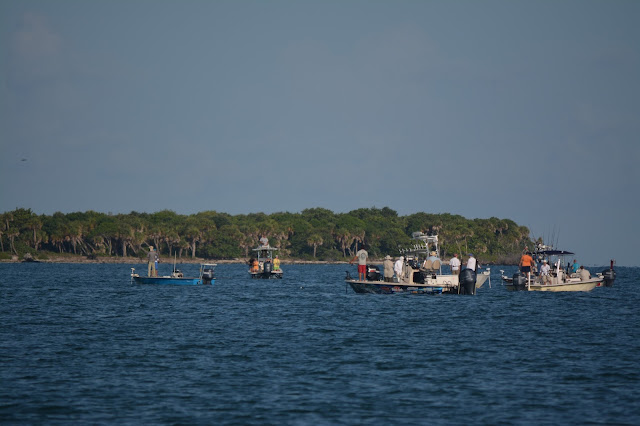 If you're going to fish anywhere near the Pass this time of year you'll have to expect a crowd, especially if the fish are putting on a show at the surface.  As a former Key West guide, it still drives me a little crazy and I don't think the tarpon like it too much either.  But that's the way it is out there and these guys mostly get along with each other.  I personally don't like fishing within 100 yards of anyone else and fortunately it's a huge ocean.  Boca Grande Pass is famous for a reason and the dense concentration of fish and fishermen is just part of the scenery.
Posted by Capt. Gregg at 7:09 PM