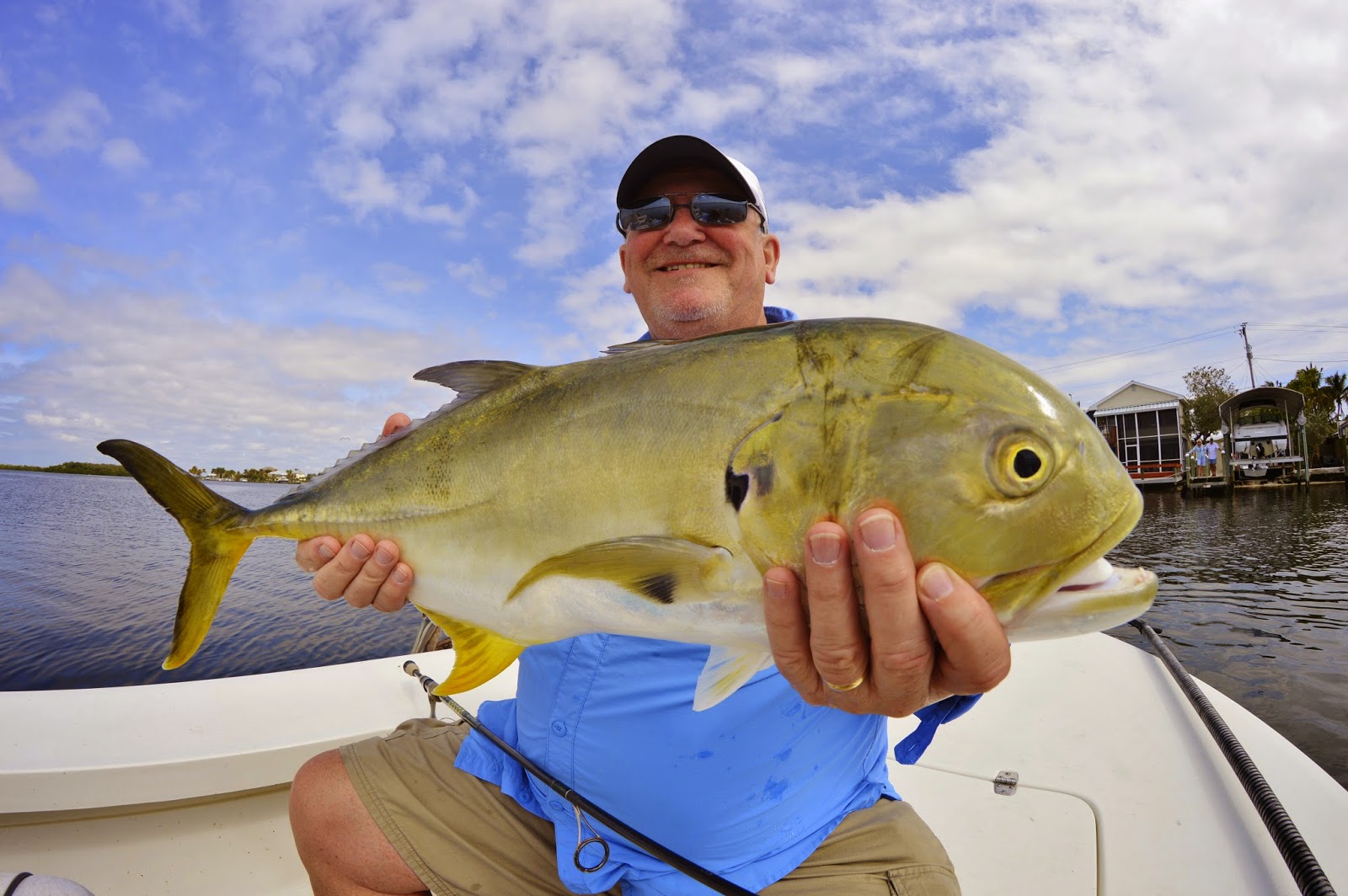 I love jacks and so does just about everyone else who fishes light tackle on the flats.  Pound for pound there's almost nothing stronger that swims in the ocean.  The one in this photo, caught by Mike Kitz from Ohio, was only a five pounder but nearly spooled the Shimano reel loaded with 15# Power Pro braid.  We were just pulling away from Seven Seas Bait & Tackle when a big school of these guys started blasting minnows right off their dock.  We chased them around for 20 minutes and this was the second jack that Mike landed just a few yards from the shoreline.  These fish are a common sight around the bridge this time of year but you have to be ready when their feeding frenzy starts.  Watch for the birds to start diving and toss anything you've got into the center of the action.  Just make sure your drag is cranked down since even a small jack like this one (they easily grow over 30lbs.) is enough to dump most smaller reels.
Posted by Capt. Gregg at 6:23 PM