Jill Perkins Is Better Than You 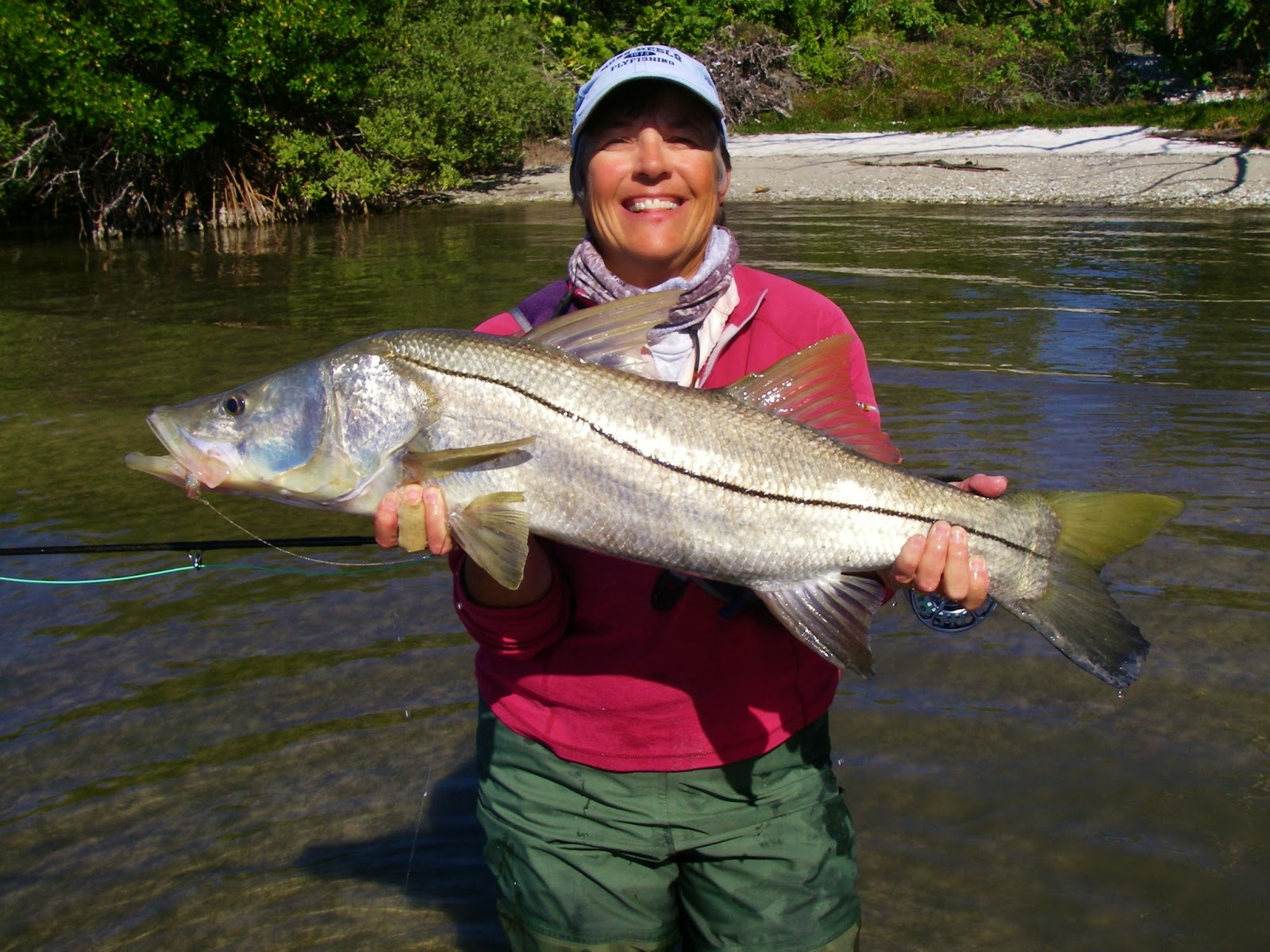 I met this very nice lady and her husband yesterday while I was at the Charlotte County Boat Show.  They're the current owners of the very first Beavertail skiff ever built, a 2004 B-1 model which they won't sell, and we had a great talk about fly fishing in the north part of the harbor.  Jill mentioned that she'd been getting some very big snook lately and I asked her to e-mail me some photos which I got late this morning.

I like to think that I have this whole fly fishing thing nailed, especially since I've been doing it full time for the last 20 years.  Then someone like Jill comes along and sends me flaming back down to earth like an Iraqi MiG.

So let's talk about the fish in these photos.  They were obviously both caught on fly.  That is more than a serious accomplishment in itself.  The top one was close to 40 inches.  I've never landed a snook that big on any kind of tackle.  The bottom fish was 36 inches and Jill caught it this morning in Charlotte Harbor, also on fly.  I slept in this morning because I didn't have a charter and thought it was too cold out there.  Yeah, I made the wrong call there.

There's so much we can learn from these photos.  For starters, there are still a lot of very big snook in SW Florida, no matter what anyone says.  Second, fly rods can be just as productive as any other kind of tackle in the right hands.  Third, Jill Perkins is better than any of you since these are the only big snook pictures I've seen in a long time.  And finally, she's better than me, too.
Posted by Capt. Gregg at 6:50 PM