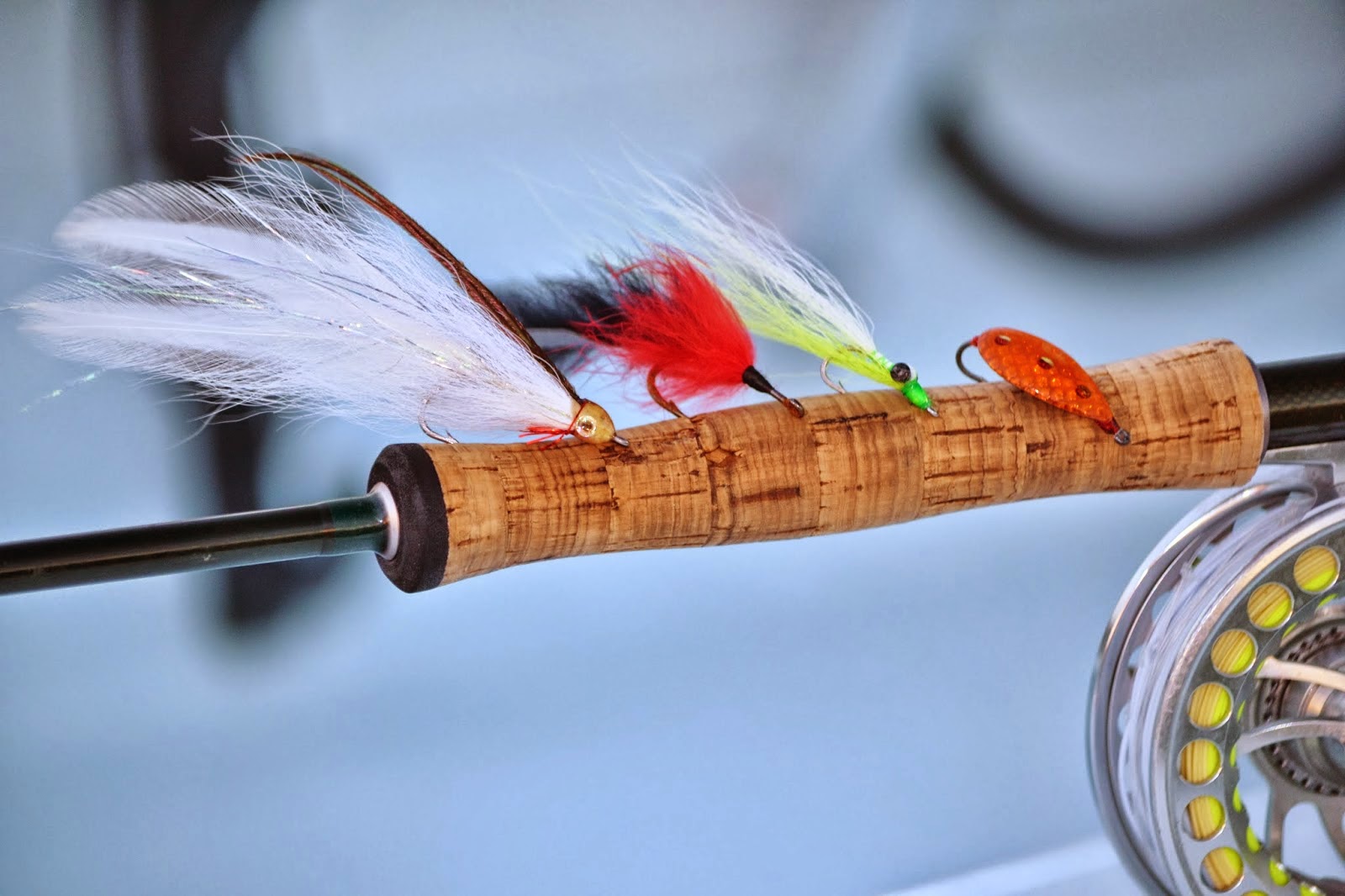 Winter is here and before I get too busy I usually spend an evening clearing out my fly box, which often turns into a neglected mess after the slow months of the fall, and this year was no different.  In fact, I wound up tossing out 2/3rds of the patterns I had in there.  There were so many cool looking flies I whipped up myself and others had given me that had never been tied on the end of a leader.  It wasn’t that I didn’t believe they could catch fish, I just trusted a handful of patterns so much more.
So that’s the subject of this month’s column.  For the big four inshore species that top every local fly angler’s list, tarpon, snook, redfish, and sea trout, I’ve narrowed down my four best patterns to use for them in the waters off Pine Island.


We’ll start with the easiest and most cooperative species first, the sea trout.  There isn’t much this year-round gamefish won’t hit and my choice of fly for them is also an easy one, the Clouser Minnow.  This simple pattern was originally tied for smallmouth bass on the Susquehanna River but has been used to catch everything from bluegill to blue marlin.  A hungry sea trout won’t hesitate to hit it either.  There’s no limit to the size and color combinations for this streamer but the original chartreuse and white on a #4 hook is by far the best bet.  Clousers are both effortless to tie and inexpensive to purchase, and that alone makes them the perfect fly.  If your entire box is full of just this pattern in different sizes and colors, you’re in pretty good shape no matter where you’re fishing.


Next up is the redfish, which is actually Florida’s most popular gamefish since they’re found on every mile of the state’s shoreline.  Like the sea trout, there isn’t much they won’t hit but fly casting to tailing reds require a bit more effort.  Spin anglers have used weedless gold spoons with great success for more than a century and there are several modern flies that do the job almost as well.  My favorites are the epoxy spoon patterns created by Capt. Jim Dupre.  These are a great combination of flashy and wobbly and rarely fail to get the attention of hungry redfish with its head in the mud.  They’re not cheap or easy to make but they’re durable and last almost as long as their metal counterparts.  That’s why the Dupre Spoon has become my favorite redfish fly.


Snook are far from an easy catch on a fly rod, especially the big over-slot sized fish that cruise our shorelines and beaches.  These are a one of the wariest inshore species and they respond to live bait far better than artificials, especially flies.  My favorite fly for working them out of the mangroves is a bulky Deceiver, a decades old pattern that, just like the Clouser, is effective on every other gamefish in our waters.  The Deceiver is a beautiful looking baitfish imitation that is also surprisingly easy to tie and cast.  There are countless variations to this fly but for snook I like mine to be almost all white.


Finally we come to the tarpon, my favorite species to catch on any tackle, especially fly rods.  These massive fish eat almost anything but some of their most effective flies imitate tiny worms.  A red and black Tarpon Bunny, which is nothing more than two pieces of rabbit fur tied to a 2/0 Owner hook, has been my go-to fly for over ten years.  This is another effortless pattern to tie and I can whip one off my vise in less than a minute.  It always amazes me to see a six foot long fish attack one of these three inch long flies.  Their migration is still a few months away but it’s not too early to start filling the tarpon box.


So those are my four favorite flies for Pine Island.  Ask ten other guides for theirs and you might get forty different choices.  But if you’re new to the sport these are a good place to start.  Best of luck out there and feel free to call me if you have any questions.