From this month's Nautical Mile newspaper: 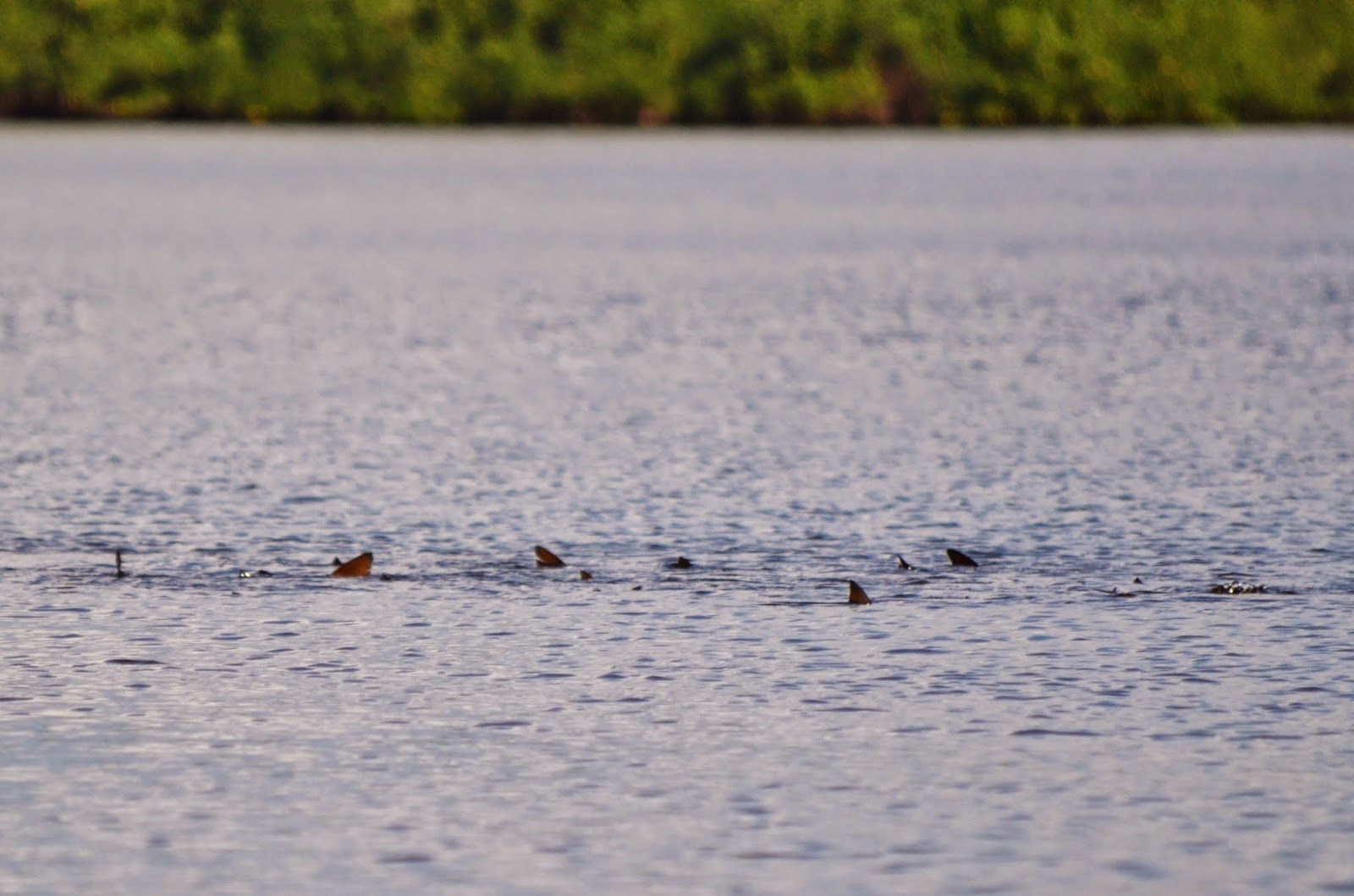 November means one thing to me as a fishing guide here on Pine Island:  negative low tides.  Seeing that little minus symbol on the tide charts when the lows happen just after sunrise and just before sunset is almost as good as finding presents under the tree on Christmas morning.  These are some of the best conditions to chase tailing redfish and half of the days this month have a tide of 0.0 or lower.  For die hard skinny water anglers this is as good as it gets.

My favorite times to hit these ultra-shallow flats are about an hour before the bottom of the tide and then the first two hours of the rising water.  This is when I usually find the redfish feeding most aggressively because their prey, which is mostly crabs and shrimp, is easily pinned to the bottom.  This is also when you’ll find reds sticking their tails straight up into the air and waving them like signal flags.  It’s easily one of the coolest things you’ll ever see out on the flats.

One other thing to look for out there are cruising stingrays.  The bigger rays attract fish like a magnet on certain flats in Pine Island sound and I’ve seen more than a dozen reds hanging on their backs waiting for a crab to flush from underneath.  This is also a common behavior for other species of gamefish so it’s not a bad idea to toss a lure or fly at any passing ray.  Some of the biggest trout and jacks I’ve ever seen have been landed this way.  The rays are easy creatures to spot on the negative low tides, too.  Just look for the large pushes of water or even their wingtips poking above the surface.

Last month I wrote about the best way to go after low tide reds with flies, which is basically to bonk them right on the head with light spoon patterns.  That tactic obviously won’t work if you’re throwing heavier artificials with spinning gear.  One lure I’ve had great success with that doesn’t spook them as easily are Gulp Jerk Shads rigged on weedless swim bait hooks.  These can be dropped right in a school of feeding reds and usually get pounced on immediately.  With 10 pound braid you can throw these light Gulps very accurately over a surprisingly long distance.  And Gulps really are the one artificial that actually does work better than live bait (most of the time.)

The one last thing to know about working schools of fish on a falling tide is to obviously approach them with caution, and I don’t just mean that in order to avoid spooking them.  The water during a negative low can disappear quickly and for a long time, especially on a windy day after a cold front.  It’s very easy to get shoved up onto a flat or pole your way into an area while you’re chasing tailers and suddenly have no way back out, even in a very light skiff.  This would be a really miserable experience if it happened at sunset and close to the mangroves where the bugs live.  Keep in mind that the numbers you see on a tide chart are predictions and nothing more than that.  While usually quite accurate, the depths and times of posted tides can vary significantly, especially when strong weather happens.  Keep that in mind when you’re fishing around negative lows this month and you’ll keep yourself out of trouble.