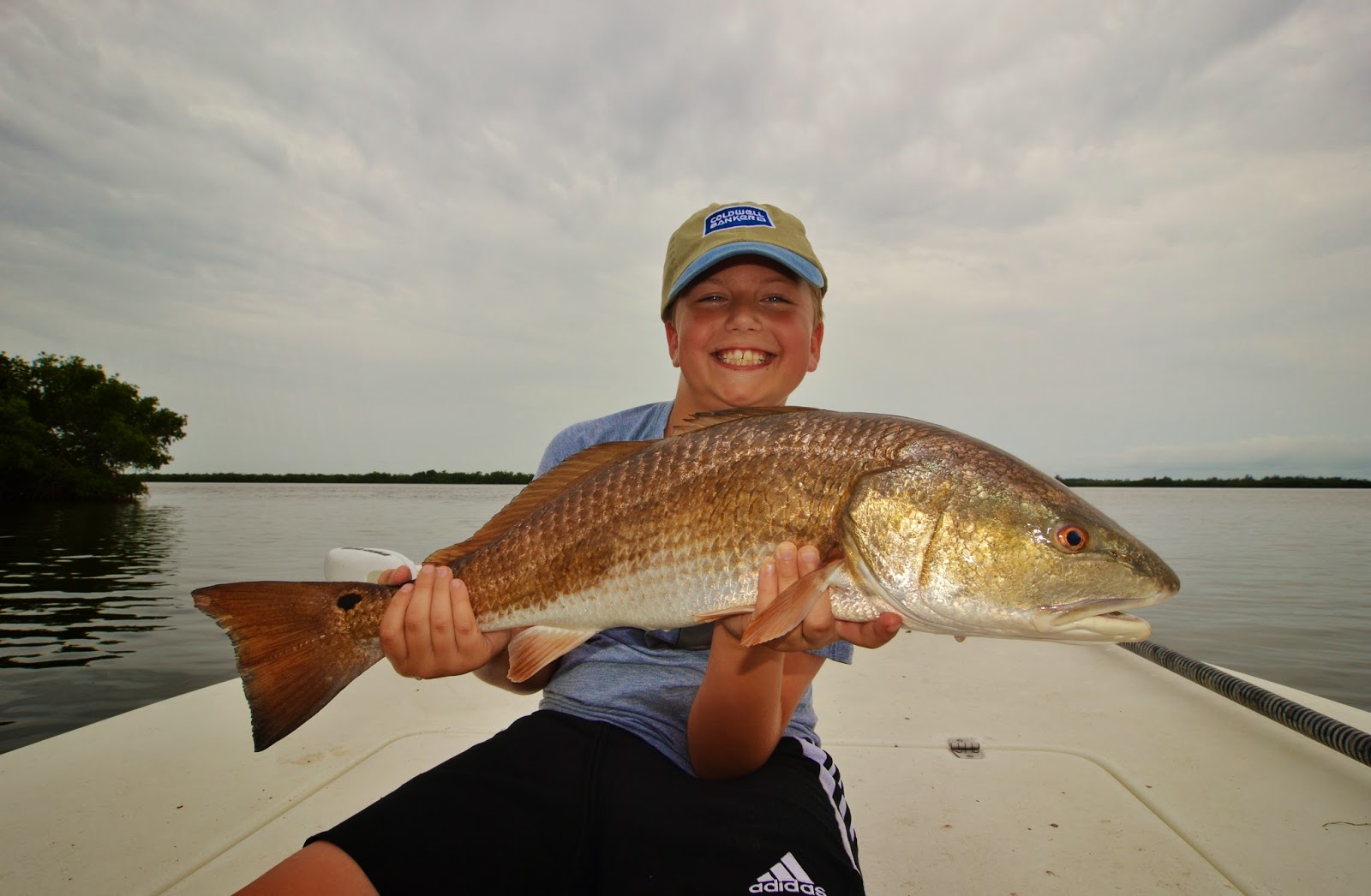 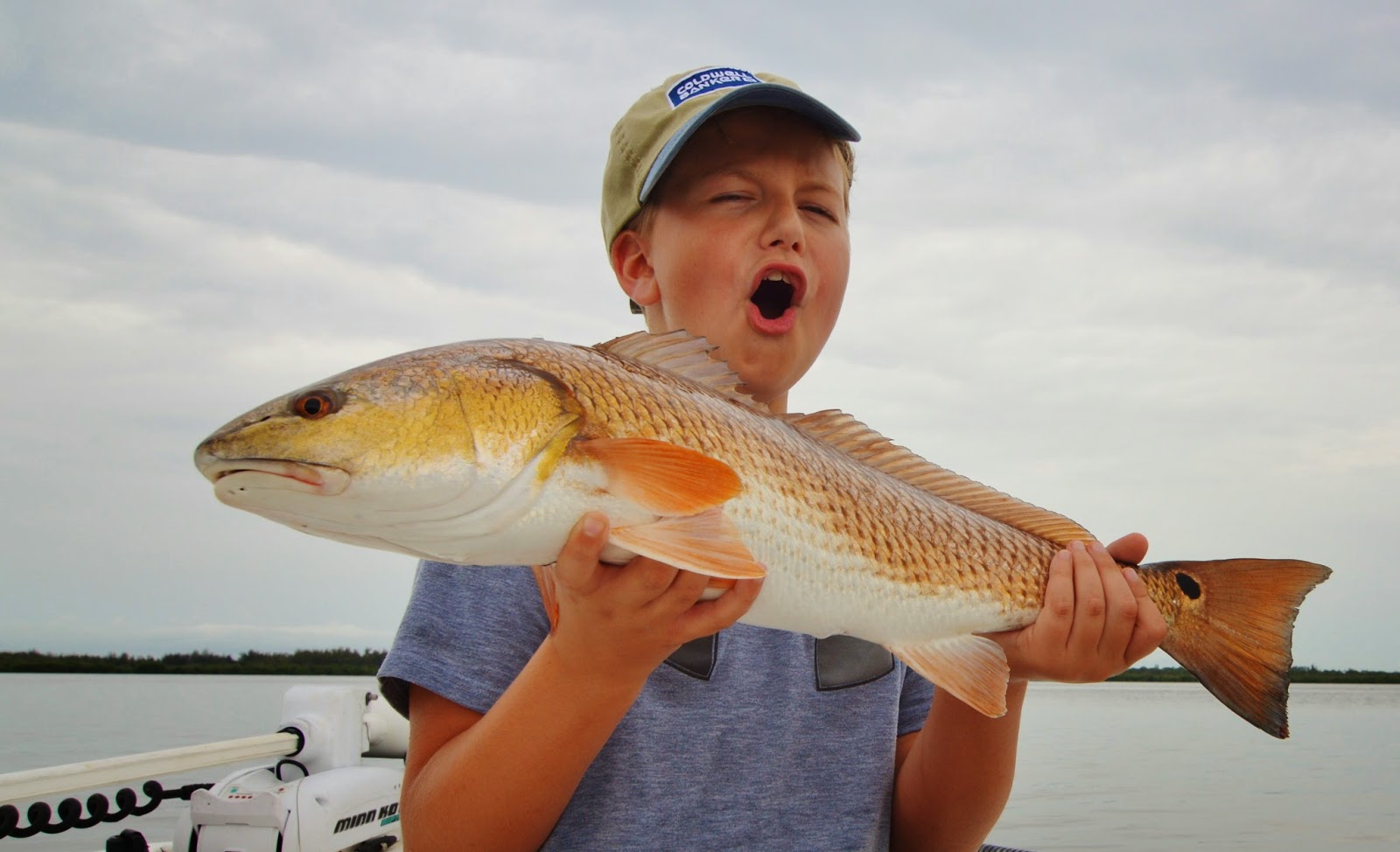 Conditions weren't great to catch anything today.  My anglers were 9 year old Luca Gomez along with his uncle Jeff and grandfather Frank.  We had a full moon last night which means the tarpon feed like crazy in the dark and not at all during the daylight, which is exactly what happened.  They were rolling all around us for two hours and we hooked zero.  The trout bite was also slow and even the few ladyfish that wanted to eat didn't stay hooked.  Throw in an overcast sky along with a flat tide and you've got a recipe for a very slow day of fishing.  Fortunately, that's not what happened.  Just before lunchtime we managed to turn the single ladyfish Jeff landed into bait for our limit of three legal reds.  The two best were the 24 and 26 1/2 inchers caught by 9 year old Luca in the photos above.  The guys also lost a couple of fish that were probably even more impressive.  Not bad for a cruddy looking morning.
Posted by Capt. Gregg at 7:37 PM

Email ThisBlogThis!Share to TwitterShare to FacebookShare to Pinterest
Labels: Matlacha, Matlacha Fishing Guides, Pine Island Fishing Guides, Pine Island Tarpon, redfish, Wildfly Charters
Newer Post Older Post Home
Welcome to the Pine Island Angler. This blog is published from my home base on beautiful Matlacha, Florida where I run my guiding business Wildfly Charters. I started this site to provide regularly updated news about salt water flats fishing throughout Southwest Florida, the Keys, and many other Stateside and Caribbean locations. As a full time guide since 1995 I'm always looking for that next undiscovered spot or secret fly that will lead me to even better fishing and I'm happy to share what I find here on this site. I welcome any of your comments on all of my posts. Feel free to contact me with any questions by e-mail at gmckee1@hotmail.com or call me directly at (239)565-2960. Capt. Gregg McKee