This is a short article I wrote for the summer edition of the Lee County Coaster.  You can pick up a copy in just about every tackle shop in the area and a lot of other locations, too.  It's a great resource, especially for it's tide charts. 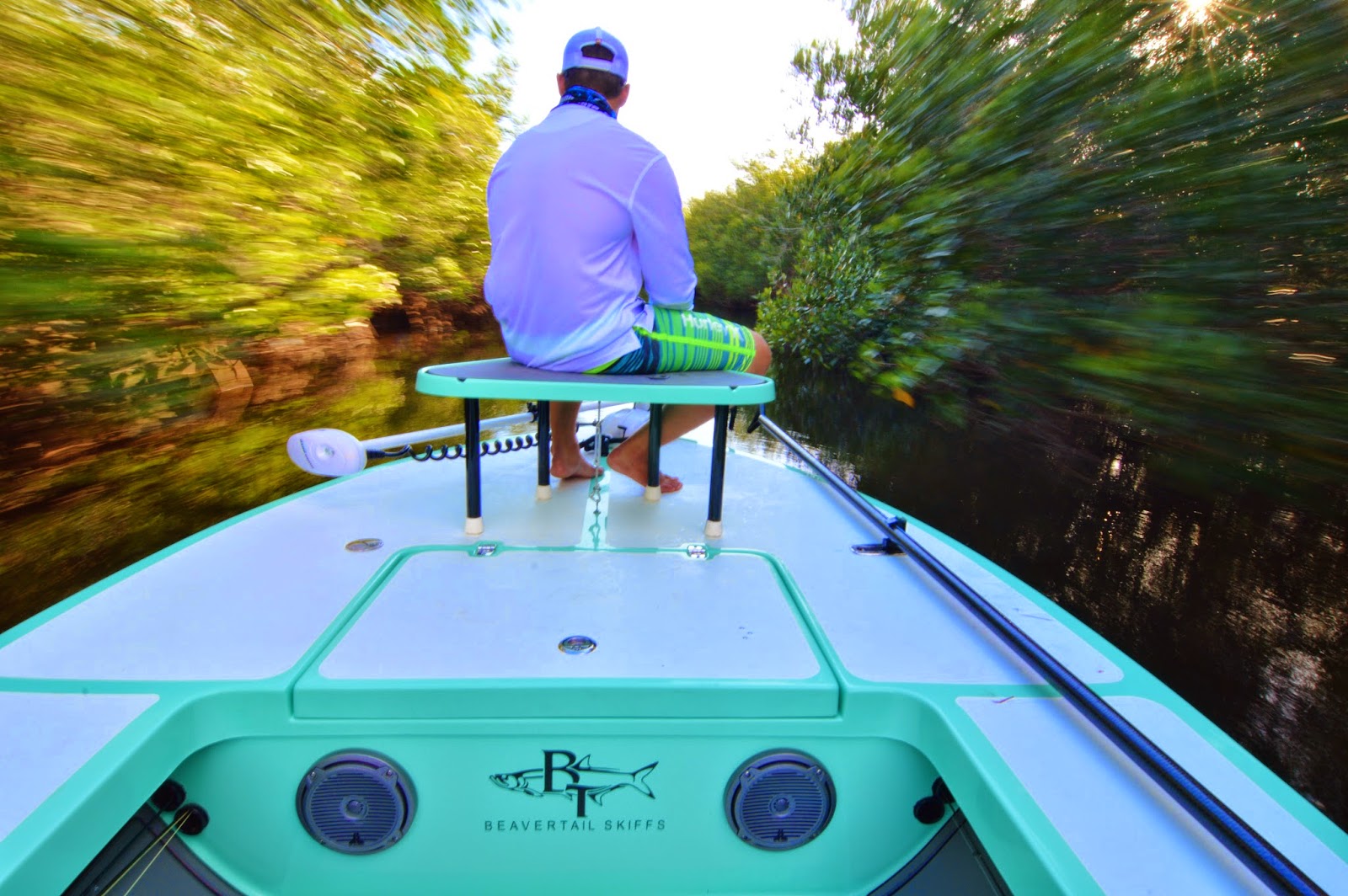 Summer on my boat is all about chasing tarpon, especially with the fly rod.  Their annual migration brings them into our shallows sometimes as soon as March but early June through the end of August is prime time for silver kings in Southwest Florida.  And while a lot of my anglers come here with visions of tangling with one of the 150 pound Charlotte Harbor monsters, it’s the fish that are only 1/10th that size that excite me the most these days.


Baby tarpon, which are no more than 20 pounds or 40 inches long, might be the greatest thing you can catch on a fly.  They’ll hit almost any pattern, spend the entire fight in the air, and can be boated in less than 5 minutes on an 8-weight rod.  Best of all, these fish are commonly found in some of the most beautiful backcountry bays and mangrove creeks of Pine Island Sound and Matlacha Pass.


For dedicated fly anglers, the hunt for these hidden schools of baby tarpon is half the fun.  Some of us will spend hours examining both traditional navigation charts as well as Google Earth looking for likely habitats before we even step on our boats.  The hunt will (and should) also involve a careful study of the tide tables like the ones that are printed in this book.


Exploring the dense creeks that cut into the Pine Island shoreline is not that dangerous when compared to similar areas like those found in the Everglades but they still require a bit of caution, especially if you’re fishing from a small skiff or kayak.  Strong currents are normal in these tight mangroves and during the new and full moons the water flow can easily overpower a paddle or electric motor.  It can be a lot of fun to ride into these areas but no fun to fight your way back out, especially after sunset.


And keep in mind that the predicted tides for the reporting stations in this book are just that:  predictions.  None of them are set in stone and weather and especially topography can affect them greatly.  Take the Matlacha drawbridge chart as an example.  When its posted low is 12 noon then the bottom of the tide at the back of Pine Island Creek, just a 15 minute run from that same bridge, usually happens almost an hour later.  This information isn’t printed anywhere but serious backcountry anglers will figure it out just the same.  That’s just one example for the endless shorelines of this area.


So learn your tides and learn them well if you want to chase fish way up in the mangroves this summer.  And while you’re at it, learn to love the smell of Deep Woods Off.  That’ll really save your life back there.
Posted by Capt. Gregg at 1:29 PM