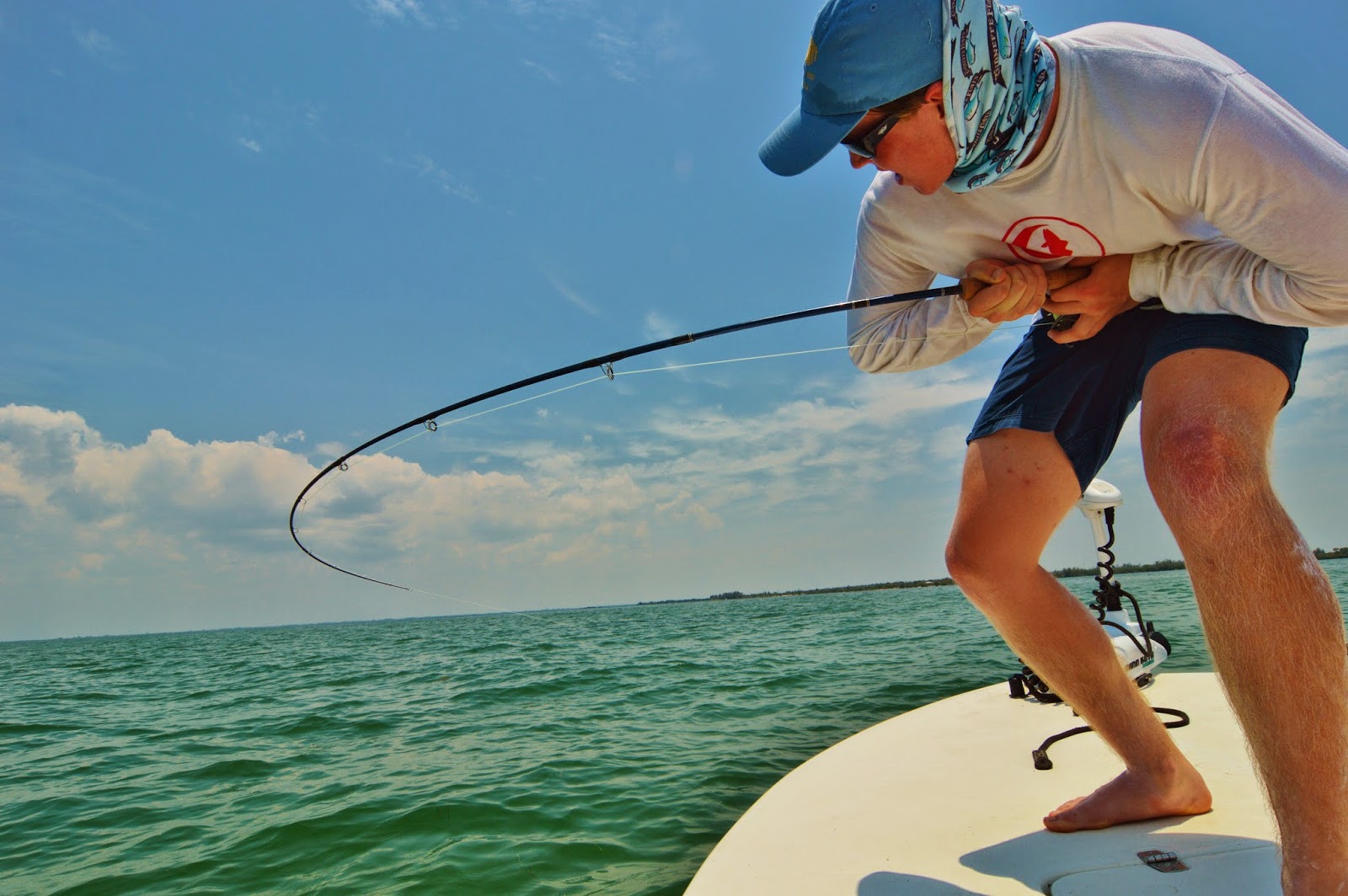 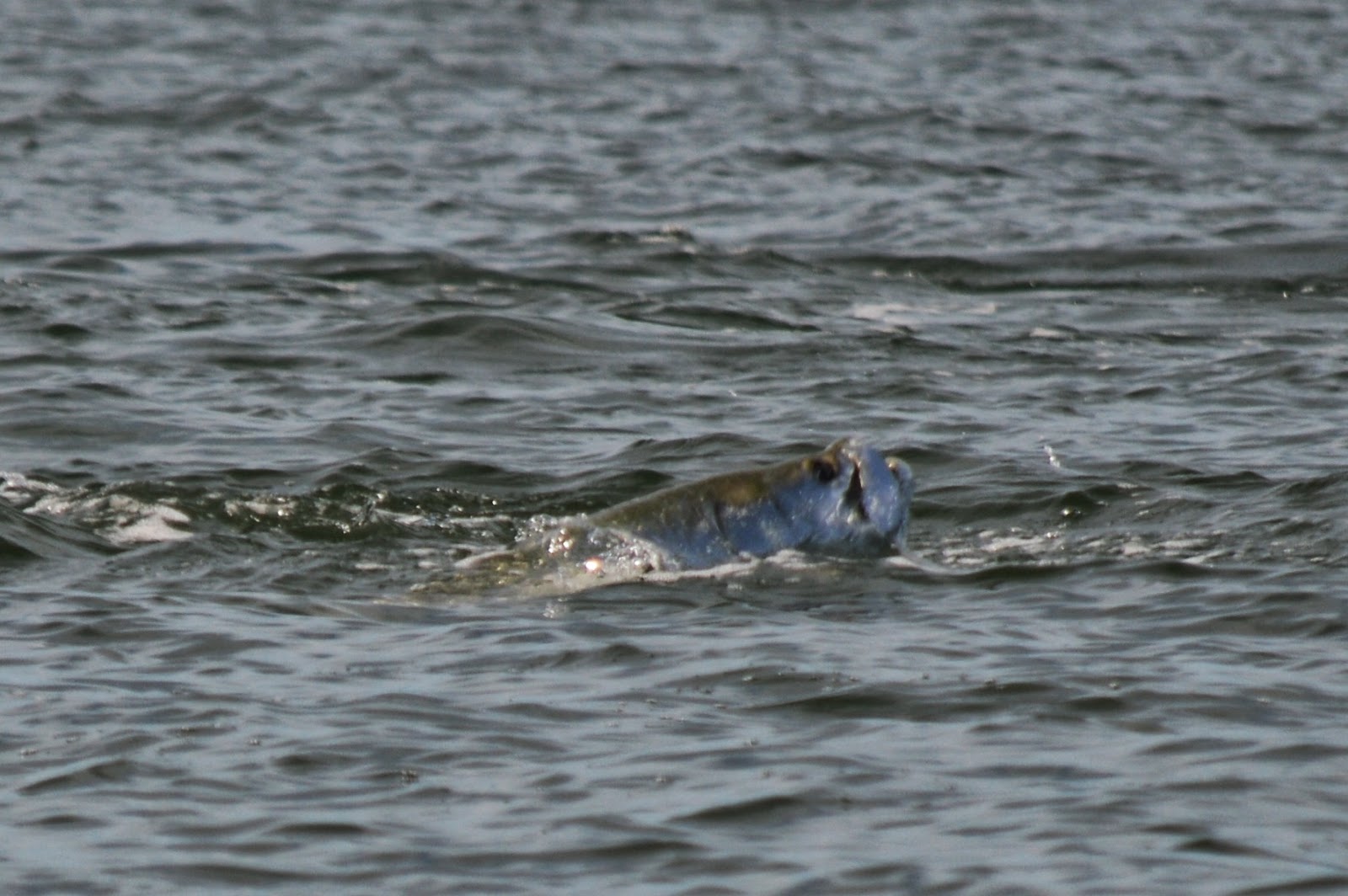 That's 16 year old Marshall Hespe in the top photo putting the heat on the biggest tarpon that's ever been caught on a fly from my boat.  It happened on Saturday afternoon in Charlotte Harbor, a couple miles east of Boca Grande, and the fish was an easy 150 pounder.  It ate a solid purple Tarpon Bunny tied on a 3/0 Owner hook that Marshall perfectly dropped on its nose with an 11-weight Sage Xi2.  The fish jumped at least eight times but I never got a good photo since I was chasing her with the boat most of the time.  The fight lasted a grueling 1 hour and 25 minutes before I could finally grab the leader.  It's against the law to bring a tarpon this big out of the water so we popped the fly next to the boat while she still had energy and let her swim off safely.  (And yes, it was a she.  Only female tarpon grow this big.)

Remarkably, this is the second monster tarpon that Marshall has hooked with me.  Four years ago, when he was only 12, he stuck an even bigger fish on the exact same spot that dragged us into some very nasty water before finding a tangle in my backing and breaking off the entire fly line.  That's two fish of a lifetime for an angler who's just learning to drive.  You'll see his name in the IGFA record book before long.

Email ThisBlogThis!Share to TwitterShare to FacebookShare to Pinterest
Labels: fly fishing, Pine Island Tarpon, Tarpon Season, Wildfly Charters
Newer Post Older Post Home
Welcome to the Pine Island Angler. This blog is published from my home base on beautiful Matlacha, Florida where I run my guiding business Wildfly Charters. I started this site to provide regularly updated news about salt water flats fishing throughout Southwest Florida, the Keys, and many other Stateside and Caribbean locations. As a full time guide since 1995 I'm always looking for that next undiscovered spot or secret fly that will lead me to even better fishing and I'm happy to share what I find here on this site. I welcome any of your comments on all of my posts. Feel free to contact me with any questions by e-mail at gmckee1@hotmail.com or call me directly at (239)565-2960. Capt. Gregg McKee