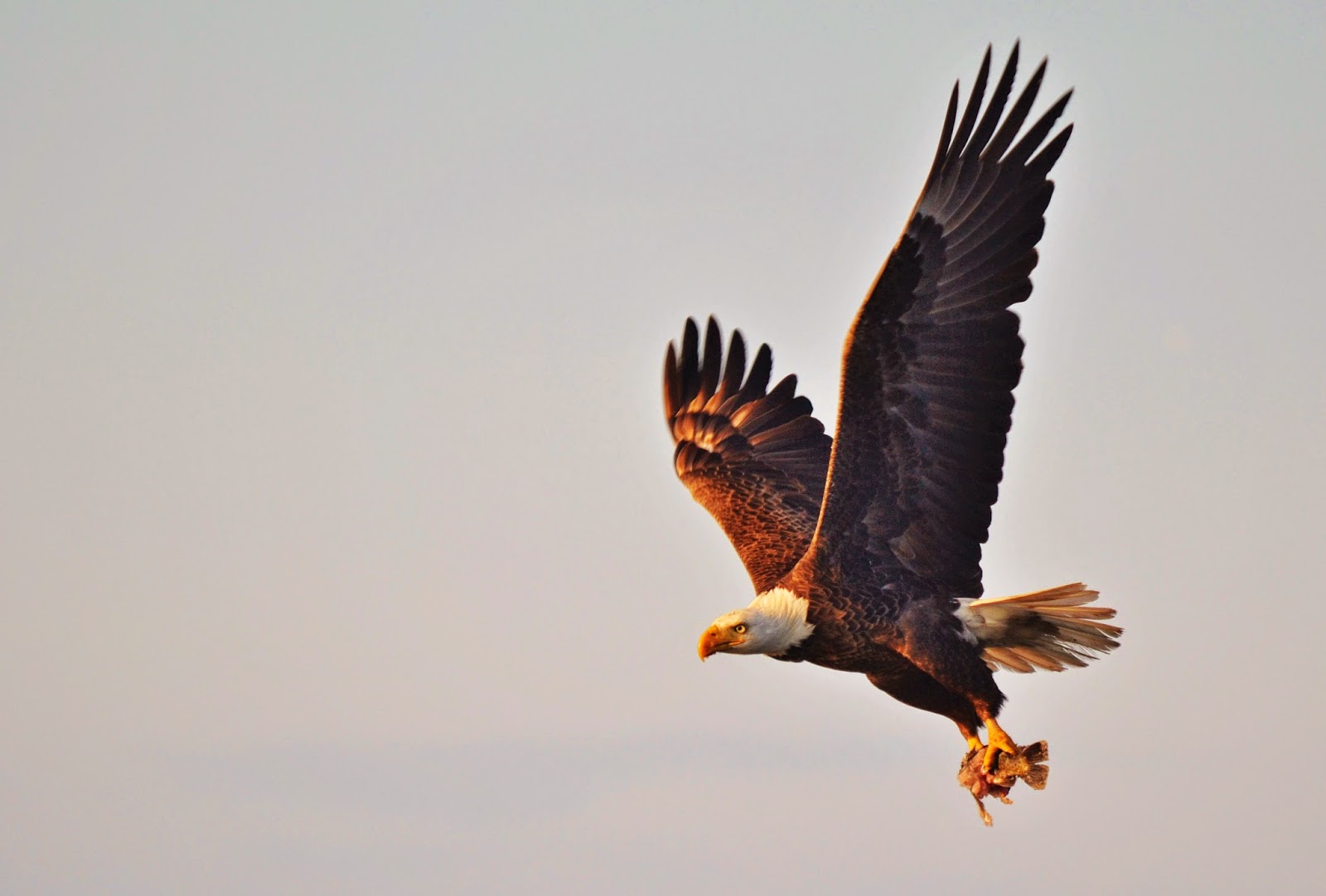 I can't get enough of these amazing scavengers, and that's what they really are (at least here in SW FL.)  The one in the photo is half of our local nesting pair that I've named Fred and Wilma.  I don't know which one it is because the male and female bald eagles are indistinguishable from a distance. Up close the females are a bit larger.  The fish in its talons is a small black drum which it stole in mid-air from an osprey.  This seems to be the only way that any eagle gets its food while nesting down here in the winter.  As a matter of fact, the only time I've ever seen a bald eagle swoop down and snag its own fish from the surface of the water has been on TV.  So the may be shameless thieves in these parts but they're also the most beautiful thing that flies and I never get tired of watching them while they're here.
Posted by Capt. Gregg at 7:49 PM