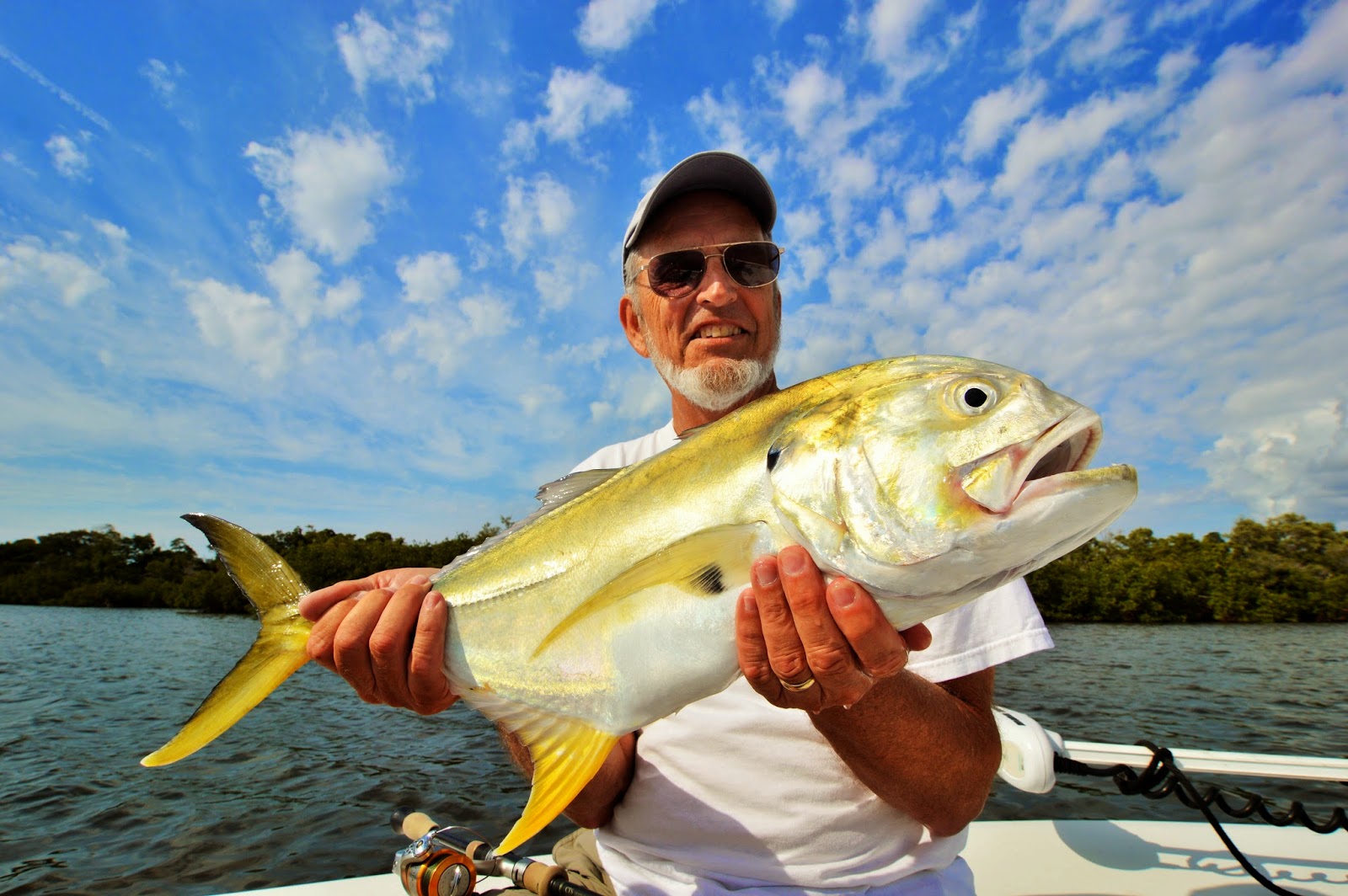 Gary Kester from PA landed this brute of a crevalle in the north part of Matlacha Pass.  What made this one an unusual catch was that it ate a hunk of ladyfish off the bottom while we were going for reds around the mangroves.  This is the first big jack I've ever seen caught like this but they're the most voracious species out there so it's not too surprising.  This was only a ten pounder and still took five minutes to land on 20# Power Pro.  When they get up to fifty pounds they're like reeling in a Seawolf Class submarine.  Awesome fish.
Posted by Capt. Gregg at 6:12 PM