Two Years and 700 Hours With My Beavertail BT3 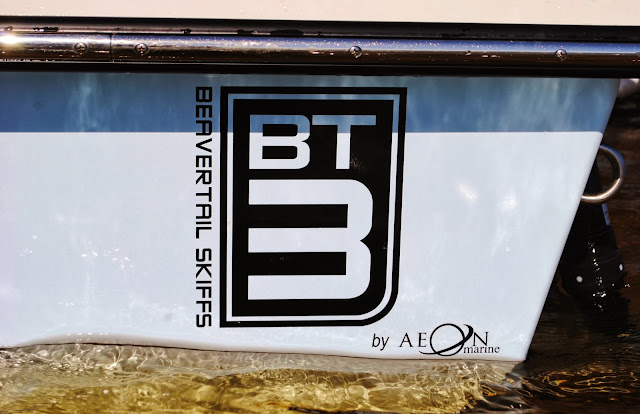 I brought my 2012 model BT3 home from the factory two years ago today and the meter on my Yamaha F70 happened to read exactly 700 hours on this morning's charter.  Both the skiff and the outboard have performed better than I expected on the hundreds of trips I've run in that time.  Keep in mind that the average recreational angler only puts about 100 hours on their boat each year.

The hull of my BT3 is no longer flawless.  There are more than a few nicks and scratches in the gelcoat and a couple of really good gouges here and there, all of which are my fault.  Put any fishing boat in the water close to 500 times and you're going to get some war wounds, especially with all the oyster bars and worn out docks in this area.  But one thing you won't find anywhere on my skiff are spider cracks in the gelcoat, which are a sign of weak points and flex in the hull.  I've run my Beavertail across some really rough chop in Charlotte Harbor in the last two years and there's no sign of weak spots or flexing anywhere.  I've seen (and owned) other high end skiffs that developed spider cracks after just a few months of use. 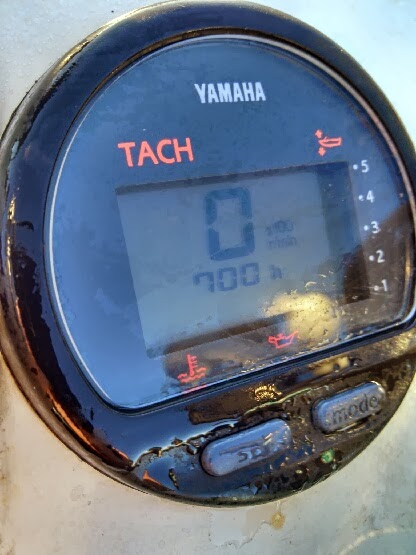 My Yamaha F70 has run almost flawlessly over its 700 hour life.  I say "almost" because I picked up a tank of contaminated gas a couple months ago that would have knocked out any engine.  (Thanks a lot Shell station on NW Pine Island Road.)  The injectors got really fouled but once my local mechanic jumped on them I was back on the water with no lost charters.  Other than that, this current F70 has performed great and still cruises the BT3 along at 28 mph while burning just under 3 gph.  I do plan on swapping this current outboard for a new one in the next month or so but that's more of a business decision and has nothing to do with my trust in its reliability.  In fact, there are dozens of commercial mullet and crab fishermen in this area that have racked up thousands of hours on their Yamaha outboards. 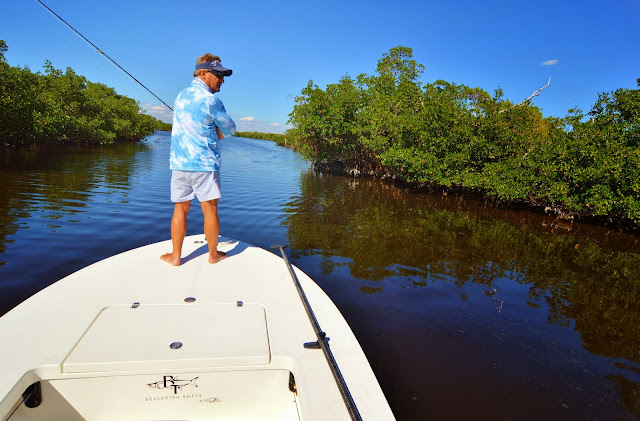 Overall, I still can't say enough good things about the BT3 and Beavertail as a company.  I'm a huge fan of everything they build from their newest little Micro on up the offshore Aeon 23.  Their 17 foot Strike is probably the best selling technical skiff on the market right now and the boat I would seriously love to own.  Will and Elizabeth Leslie have done an amazing job with their lineup in a very short time.  Beavertail's sales have gone through the roof this past year and are clearly giving their two bigger competitors a run for their money.
Posted by Capt. Gregg at 7:03 PM

Email ThisBlogThis!Share to TwitterShare to FacebookShare to Pinterest
Labels: Aeon 23, Aeon Marine, Beavertail, Beavertail Micro, Beavertail Skiffs
Newer Post Older Post Home
Welcome to the Pine Island Angler. This blog is published from my home base on beautiful Matlacha, Florida where I run my guiding business Wildfly Charters. I started this site to provide regularly updated news about salt water flats fishing throughout Southwest Florida, the Keys, and many other Stateside and Caribbean locations. As a full time guide since 1995 I'm always looking for that next undiscovered spot or secret fly that will lead me to even better fishing and I'm happy to share what I find here on this site. I welcome any of your comments on all of my posts. Feel free to contact me with any questions by e-mail at gmckee1@hotmail.com or call me directly at (239)565-2960. Capt. Gregg McKee