Several people have sent me links to a viral video taken this past week of a Keys fishing guide running his boat through a waterspout.  All that publicity is great for him but for the record I did the same thing almost 15 years ago, well before the GoPro camera and YouTube were invented.   Here are a couple of shots I took off Man Key that day in 1999 on my (insane) friend Wild Bill Heindl's 18 foot Action Craft. 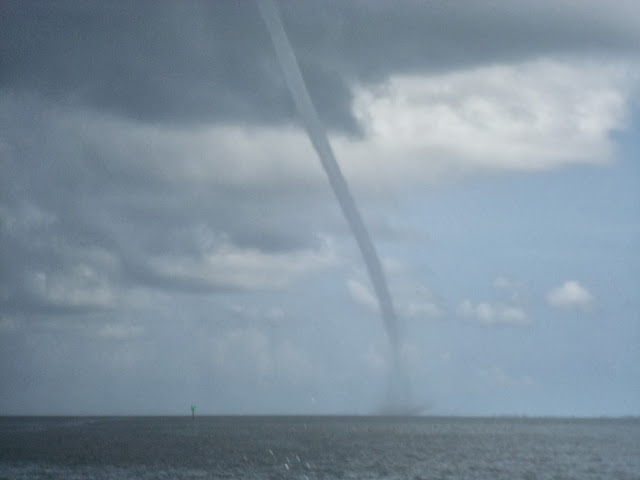 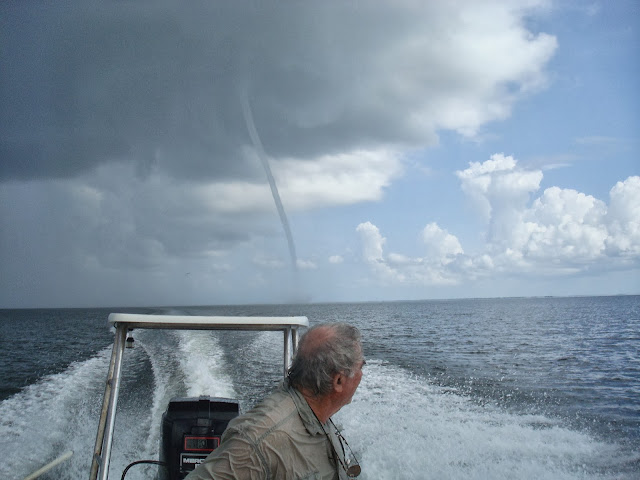 It was a really slow morning on those flats ten miles west of Key West.  We spotted plenty of tarpon that weren't going to eat and decided to pack it in for the day just before lunchtime.  As soon as Bill and I were stowing our rods the first spout touched down less than a quarter mile behind us.

I can still remember his exact words.  Bill just looked at me and said, "Hang on to your hat, boy.  We ain't goin' to be able to talk about tarpon today, but we're sure as hell goin' home with a story!"  And then he smashed the throttle and pointed his skiff toward the base of the waterspout.

Bill actually tore through it twice before I pulled out my Cannon AE-1 from the front hatch and snapped off a few frames.  We were completely soaked but totally unscathed by the spout.  In fact, it felt no worse than running through a car wash with the windows down and a lot of saltwater pouring onto your face.  It wasn't a smart thing to do but our lives were never at risk.

This was clearly on of those Don't Try This At Home moments but it wasn't as dangerous as the internet will make you think.  Dodging waterspouts is sort of risky but no one needs to do it on a daily basis.  Getting caught in lightning is a lot more terrifying and I've got lots of stories about that.