The Sun Returns To Pine Island! 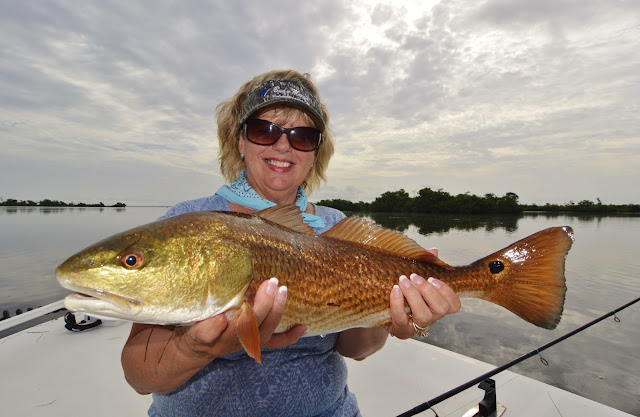 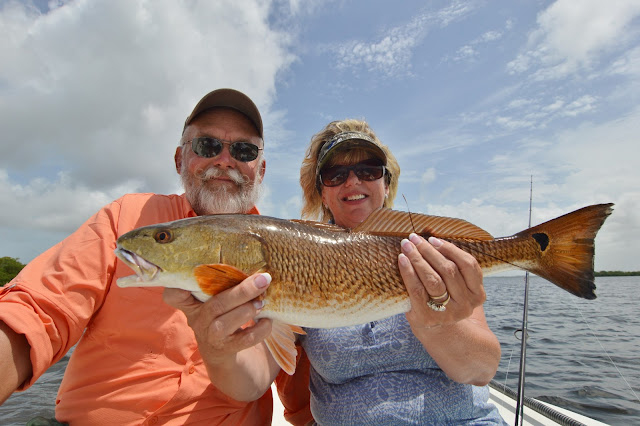 Something remarkable happened out on the water today.  I was poling Wyoming anglers Ann and Al Maki in the north part of Matlacha Pass around just after 9AM when I felt a sudden warm sensation hit the back of my neck.  I spun around to see what caused it and was stunned to see a huge yellow orb in the sky burning through the clouds.  I stared at it in disbelief for several seconds until it actually began hurting my eyes and I was forced to avert them quickly.  What was this impossibly bright object spreading heat and light across the waters?  Was it some kind of god, angry at me for daring to look in its direction?  Should I bow down in fear before it to save myself from certain incineration?  All of these thoughts ran through my head until my anglers informed me that the bright, burning sky-orb was something called "The Sun."

The Sun!  Of course that's what it was.  This is Florida and it's up there almost all the time.  Boy, did I feel stupid.  I just haven't seen it in six whole days thanks to a weather system that became Tropical Storm Andrea.

But the sun came back today and so did the redfish.  Ann managed to land a nice pair as well as a handful of trout on both Gulps and live shrimp.  Al kicked in a small snook just before noon to complete the Slam and it turned out to be a great day.  Welcome back, sunlight.  We've missed you.

Email ThisBlogThis!Share to TwitterShare to FacebookShare to Pinterest
Labels: Grand Slam, Matlacha, Matlacha Fishing Guides, Pine Island Fishing Guides, redfish, sea trout, snook, Wildfly Charters
Newer Post Older Post Home
Welcome to the Pine Island Angler. This blog is published from my home base on beautiful Matlacha, Florida where I run my guiding business Wildfly Charters. I started this site to provide regularly updated news about salt water flats fishing throughout Southwest Florida, the Keys, and many other Stateside and Caribbean locations. As a full time guide since 1995 I'm always looking for that next undiscovered spot or secret fly that will lead me to even better fishing and I'm happy to share what I find here on this site. I welcome any of your comments on all of my posts. Feel free to contact me with any questions by e-mail at gmckee1@hotmail.com or call me directly at (239)565-2960. Capt. Gregg McKee