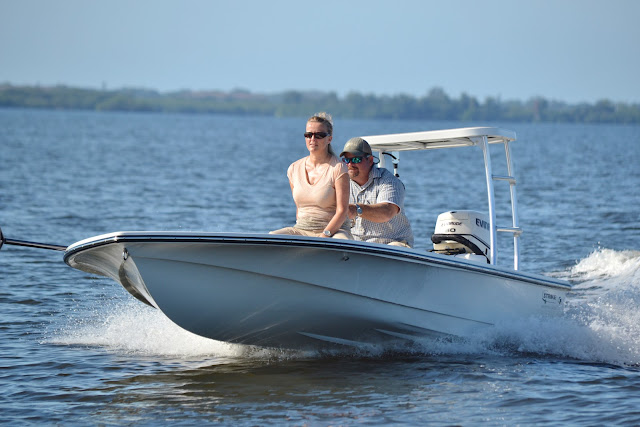 Beavertail Skiffs is Southwest Florida’s premier manufacturer of shallow water boats.  Located just up I-75 in Palmetto, they’ve built the last two hulls that I’ve used for my charters over the past six years.


My first Beavertail was a 2006 B2 model, a pure sight fishing machine and a dream to pole.  At only 550 pounds, I actually bought it to launch right of the beaches on Vieques, PR where I was living at the time.  It would float in only six inches and still handled the rough, open waters surprisingly well.  No bonefish was safe from us and when I moved back to Florida in 2009 I gladly forked over the money to ship it up here.  The B2 was just as effective on the tailing reds of Pine Island Sound and even subdued some huge tarpon in Charlotte Harbor.  Unfortunately, it was only rated for 60 horsepower and I wanted to go just a bit faster.


Last fall I ordered a new Beavertail BT3 with a Yamaha F70 outboard.  This skiff was like a B2 on steroids.  It was six inches longer, ten inches wider, but only one hundred pounds heavier.  With its extra power I picked up an additional 10mph but still got the same fuel burn as my previous boat with its 2 stroke motor.  The most impressive thing of all about this boat was its ride.  No matter how nasty the chop, it’s actually difficult to get wet in a BT3.  I’ve never experienced anything like it in the two decades I’ve been fishing the flats.


Now for 2013 comes Beavertail’s all new 17 foot Strike.  This skiff has almost the same dimensions as their original B2 but its hull is evolved from the BT3.  The huge flared bow is not only great looking but just as functional in deflecting spray away from its passengers.  This also gives the Strike a casting deck that’s larger than any other skiff in its class and more than enough room for two anglers to fish side by side. 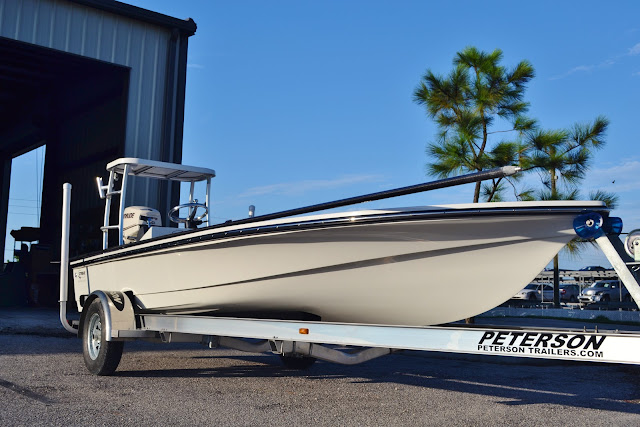 I got to drive the first production Strike this October in Tampa Bay and was thrilled with how it performed.  Its hole shot was amazing with just a 60 Evinrude on the back.  This was thanks to the unique short sponson hull and a very light Atlas Jack Plate.  With the outboard trimmed all the way down and the trim tabs dropped just an inch the Strike jumped right up on plane in only a couple boat lengths.  This is hugely important for us here in SW Florida when it comes time to go after tailing redfish during the low tides this time of year.  Anglers in Texas and Louisiana will also love being able to jack the motor straight up and run for miles across their ultra-shallow grass flats. 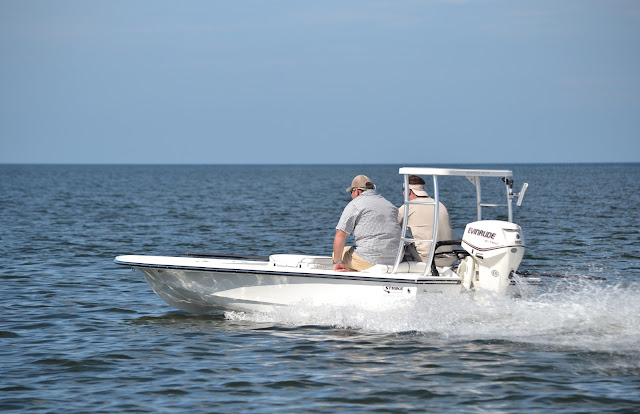 The boat’s stern has only 4 degrees of deadrise which means it’s essentially flat.  Along with the light weight, this helps to give the Strike a 6 inch draft.  A stripped down Lodge Edition with a tiller mounted outboard will float in even less water but still cruise at 30 mph, making it a perfect choice for the Everglades and Ten Thousand Islands.  Anglers down in the Keys will probably opt for the full 90 horse option which will let you fly out the Marquesas at close to 40 mph.


Poling the Strike was effortless and it reminded me exactly of my old B2.  It was easier to stop and turn than my current BT3 and only a bit tippy up on the platform, which is something I expected from a 10 inch narrower beam.  Down on the casting deck it felt totally stable and standing on the 11 inch gunnels will give you plenty of room to chase down a zig zagging tarpon at boatside.  The storage was also a huge improvement over the older B2 and all the gear for three anglers can easily fit below the deck and in the optional cooler. 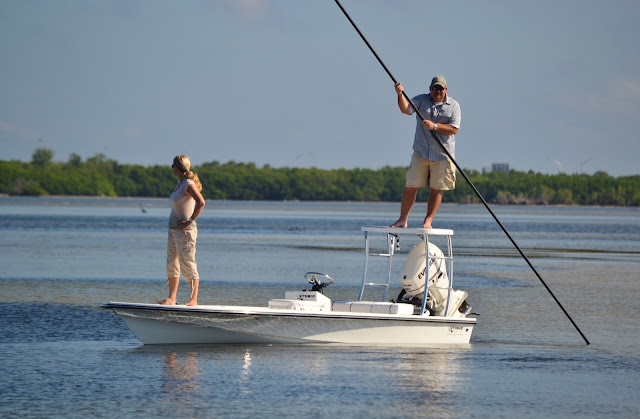 All of this performance is great but not if it comes at a price that keeps it out of the hands of the average angler, and this is where Beavertail really outdoes the competition.  They’re offering a full boat, 60 E-tec motor, and trailer package for the first ten production Strikes at $25,000.  Throw 90 horse on the back as well as a shallow water anchor system, trolling motor, and GPS and you’ll still be right around the $30,000 mark for this boat.  Most of the competitor’s skiffs in this class will run anywhere from $5000 to $15,000 more.


I would have given my right arm for a 90 horsepower Strike when I started fishing in Key West back in the early 1990s.  The first technical skiffs were just coming on the market around that time but none of them had all of the Strike’s capabilities.  Over the last two decades I’ve owned half a dozen different boats and spent time fishing on almost everything designed for shallow water.  There are a lot of great skiffs out there right now and almost all of them are built in Florida.  If I were in the market for a new ride, the Beavertail Strike would be at the top of my list.
If you want to see one in person give them a call at 941-705-2090 or stop by the Olde Fish House Marina for the Beavertail Open House next Saturday, December 15th starting at 12 noon.
Posted by Capt. Gregg at 6:37 PM