The New Matlacha Bridge Is Open (and almost finished) 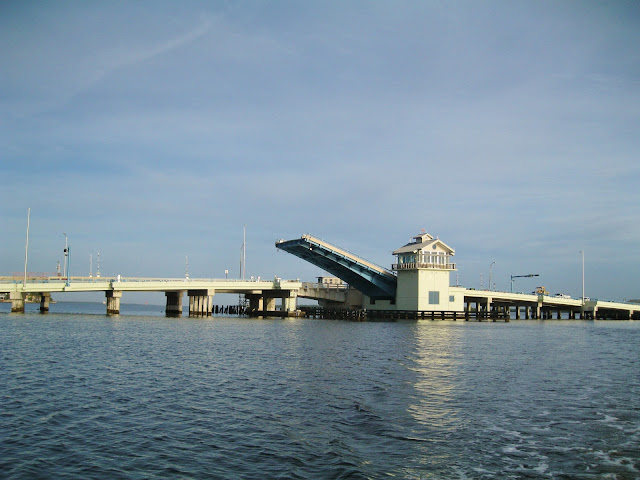 Two years and $25,000,000 later, the all new Matlacha drawbridge is now open.  It was a daunting project from the start, attempting to build a structure just under 900 feet in length and over a body of water that plunged to depths of almost 17 feet.  But the engineers were up to the task, and they're only four months and $7,000,000 over budget.  The old bridge should be torn down by the spring and dropped into the Gulf as a new artificial reef.  Never thought I'd see it finished.
Posted by Capt. Gregg at 5:25 PM