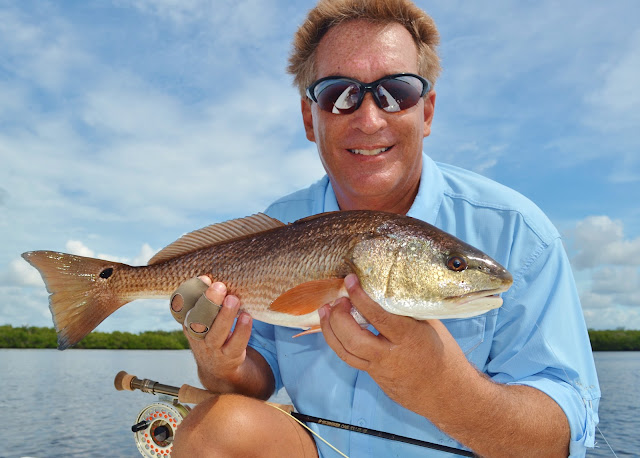 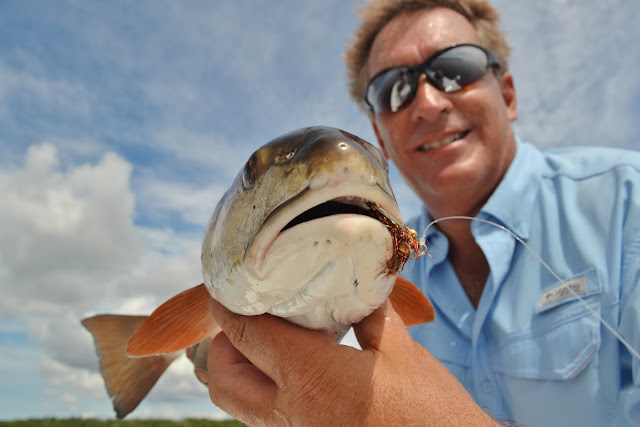 Running a morning charter with nothing but falling water is never my favorite thing but this time of year it usually works.  A low incoming tide is always best for tailing reds and we had the exact opposite of that yesterday.  Fortunately my buddy Steve Krystyniac is a really experienced fly angler so when the shot are few and far between, I know he can make them count.

We were poling along in ankle deep water near the power lines in Matlacha Pass, seeing every mullet in the known universe but only a handful of fleeing reds.  The water was absolutely slack just before noon and was going to stay that way for a while, definitely not good conditions for tailers.  A lone stingray cruised 100 yards in front of us with a pair of hitch hiking redfish on its back and I knew those guys would eat.  Steve beaned the ray with a perfect 50 foot cast and boom, instant eat from the beautiful 22 incher in the photos.  That was a huge relief after two hours of poling.

Ten minutes later, Steve's friend Kim Becker was on the deck casting a white Gulp at some good looking boils on the flat and an identical fish crashed her lure.  This spottless red was Kim's first and was sent back to score some good karma points with the fish gods. 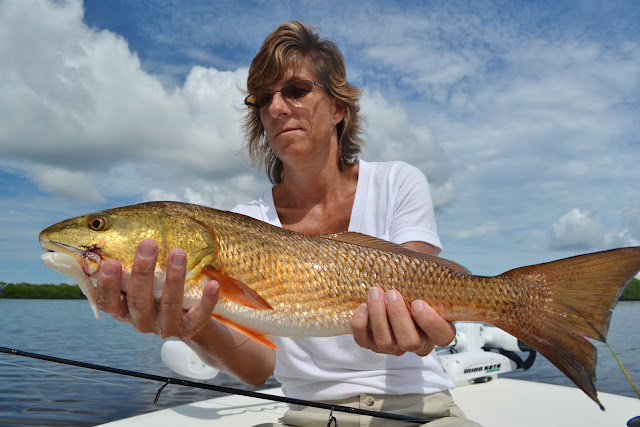 In a few days the tides all around Pine Island are going to be excellent in the mornings.  It's also October and the reds are schooling up in big numbers.  I watched a huge school blasting bait just north of Matlacha yesterday in some very skinny water.  I couldn't get in front of them since it was so shallow and also a manatee zone but there were very easy to spot for a quarter mile down the flat.  Throw in a lot of rolling tarpon in the early mornings and October can't get any better.
Posted by Capt. Gregg at 11:05 AM