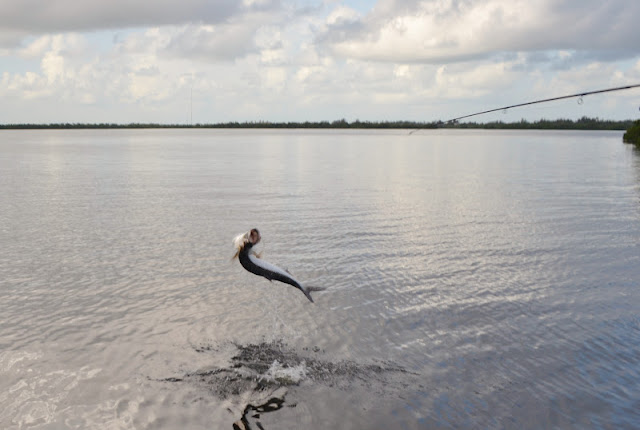 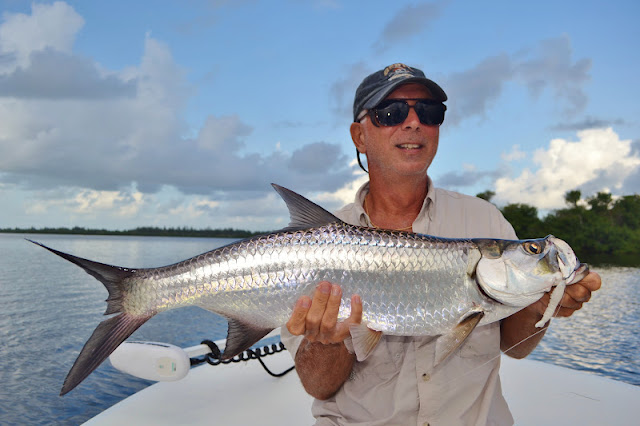 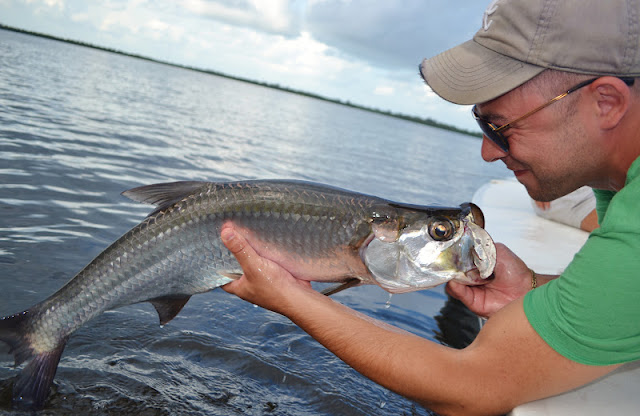 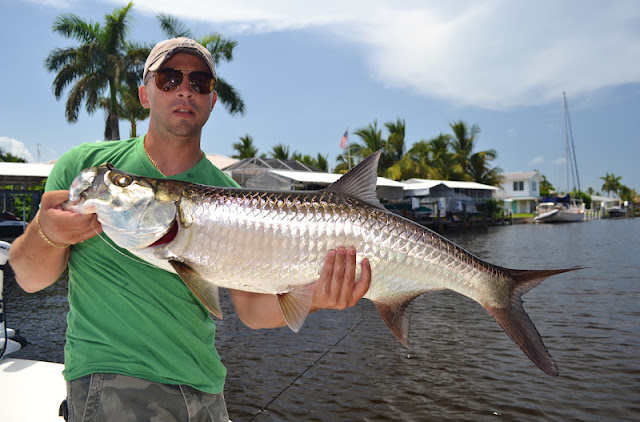 Len and Brian Favara were out with me again today and put a hurting on some juveniles on the flats and near the island.  The best fish was Brian's thirty pounder pictured in the above photo.  These fish were caught on 20# Power Pro braid and landed in just a few minutes.  With the water temps in the mid to upper 80s right now it's important to bring them in quickly and get them back in the water after a photo.  Tarpon are great survivors if they're handled like this.  These guys will be here for another two months at least so don't be afraid to pull hard on them, you'll get plenty of shots.
Posted by Capt. Gregg at 1:51 PM

Email ThisBlogThis!Share to TwitterShare to FacebookShare to Pinterest
Labels: Juvenile Tarpon, Matlacha, Pine Island, tarpon, tarpon photos
Newer Post Older Post Home
Welcome to the Pine Island Angler. This blog is published from my home base on beautiful Matlacha, Florida where I run my guiding business Wildfly Charters. I started this site to provide regularly updated news about salt water flats fishing throughout Southwest Florida, the Keys, and many other Stateside and Caribbean locations. As a full time guide since 1995 I'm always looking for that next undiscovered spot or secret fly that will lead me to even better fishing and I'm happy to share what I find here on this site. I welcome any of your comments on all of my posts. Feel free to contact me with any questions by e-mail at gmckee1@hotmail.com or call me directly at (239)565-2960. Capt. Gregg McKee