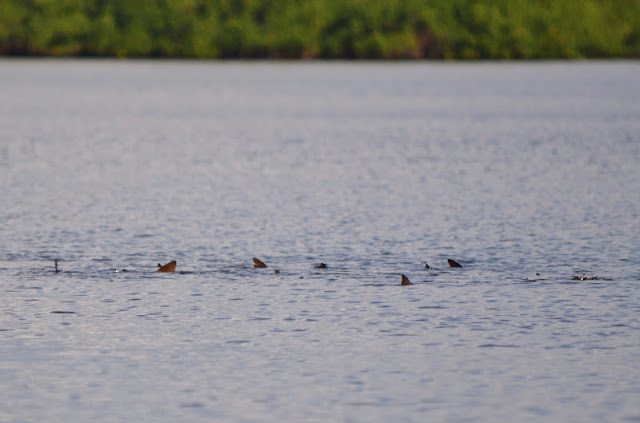 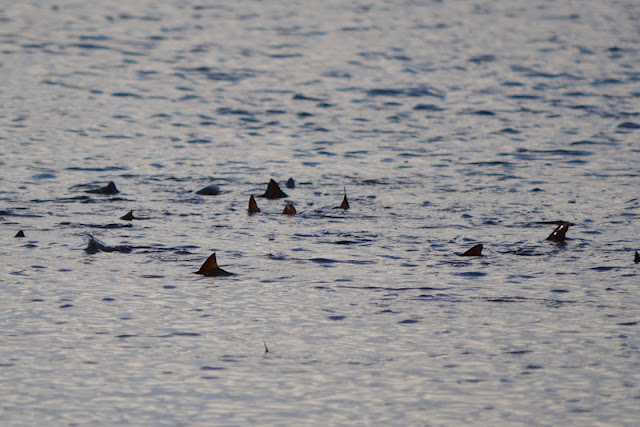 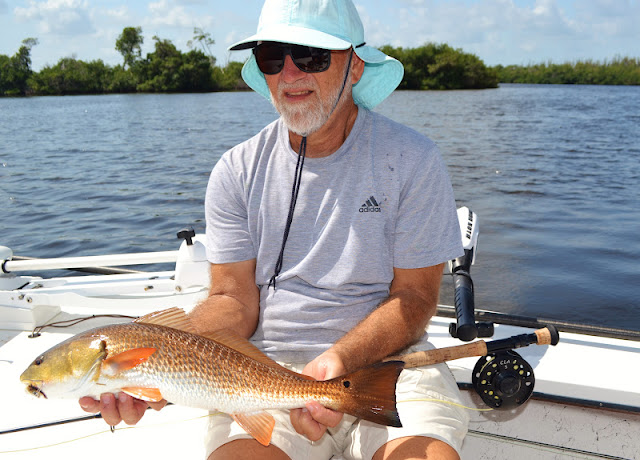 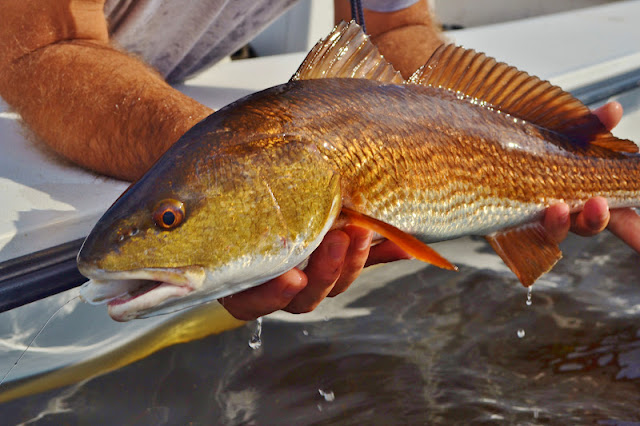 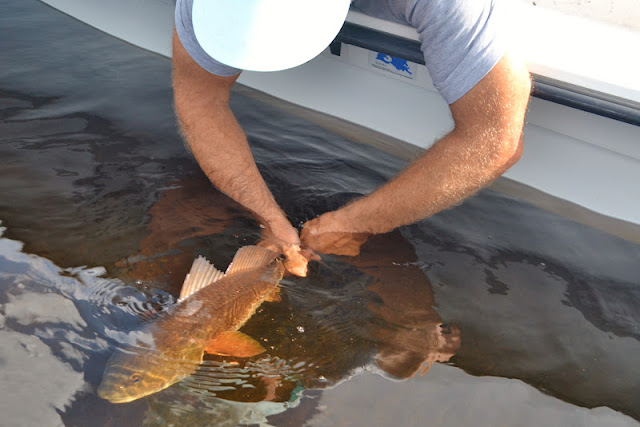 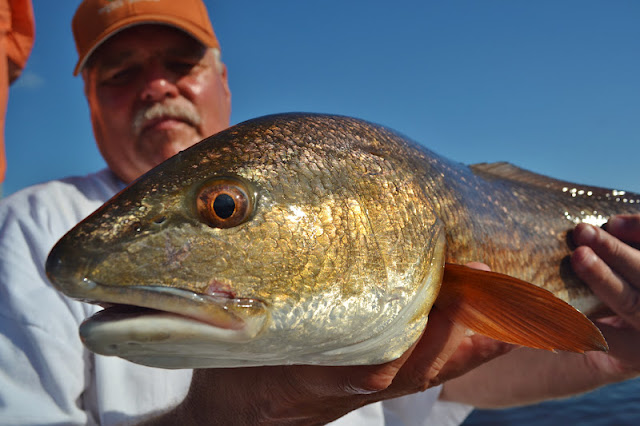 If you can pry yourself away from all the rolling baby tarpon out there right now, you'll find a nice amount of redfish in the back bays of Matlacha Pass.  Early mornings with rising tides are the best times to spot tailing schools like the ones in the top photos.  We found those fish on Sunday around 9:30 which was right at the bottom of the tide near the northern part of the pass.  The were in less than a foot of water and we managed to get within two boat lengths of them before they even noticed us.  It also helped that we were on my buddy Jud's Mitzi 17 which can float in a puddle.  Tailing reds are actively feeding and just about anything you get in front of them will draw a strike.  The fish we caught in these pics grabbed Gulp shrimp and a Merkin style crab fly.
Posted by Capt. Gregg at 3:53 PM

Email ThisBlogThis!Share to TwitterShare to FacebookShare to Pinterest
Labels: fly fishing, Matlacha, Pine Island, redfish
Newer Post Older Post Home
Welcome to the Pine Island Angler. This blog is published from my home base on beautiful Matlacha, Florida where I run my guiding business Wildfly Charters. I started this site to provide regularly updated news about salt water flats fishing throughout Southwest Florida, the Keys, and many other Stateside and Caribbean locations. As a full time guide since 1995 I'm always looking for that next undiscovered spot or secret fly that will lead me to even better fishing and I'm happy to share what I find here on this site. I welcome any of your comments on all of my posts. Feel free to contact me with any questions by e-mail at gmckee1@hotmail.com or call me directly at (239)565-2960. Capt. Gregg McKee