Sharks And Redfish, A Great Day On The Fly 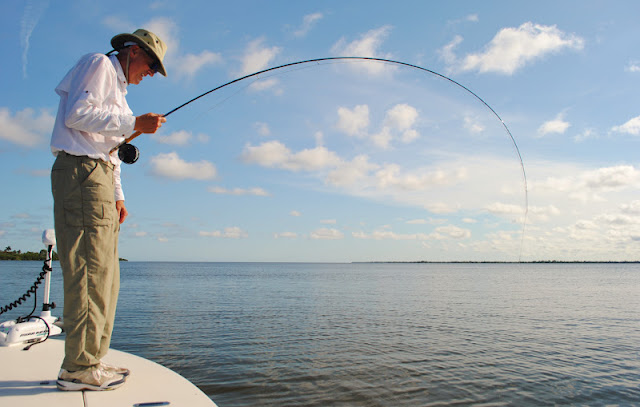 Virginia Angler EJ Biernesser was casting at some uncooperative tarpon on Saturday morning (are there any other kind on the weekends?) when we spotted a cruising bonnethead shark. 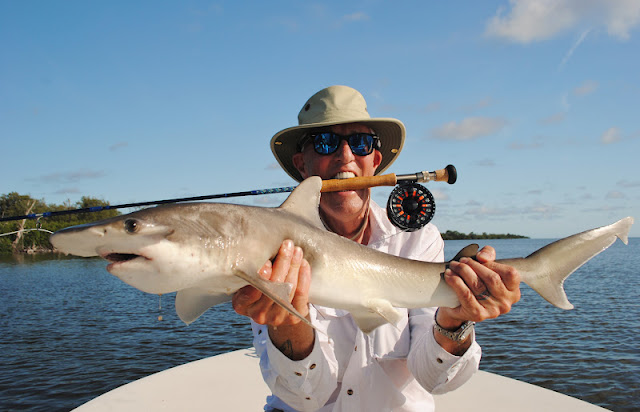 A perfect shot with a red and black Tarpon Bunny resulted in an instant take.  These sharks are primarily crab eaters with poor eyesight and are difficult to hook on flies.  They do put up a great fight, especially on an 8wt.  This shark almost removed EJ's nose a split second after this photos was taken. 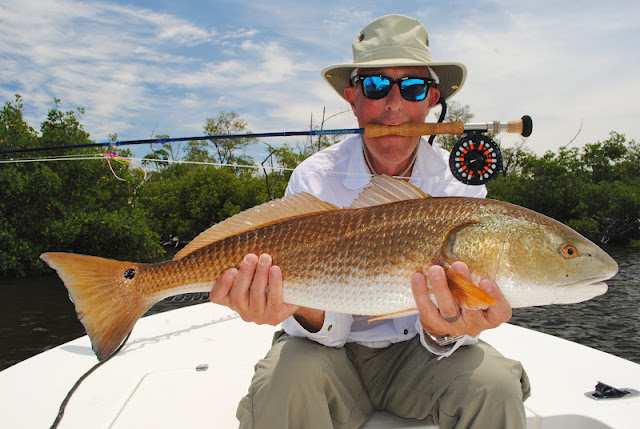 A couple hours later we were banging the shoreline off Pineland when this bruiser red smashed his fly.  At 30 inches it was the biggest redfish I've had anyone land on a fly rod so far this year.  A real beauty. 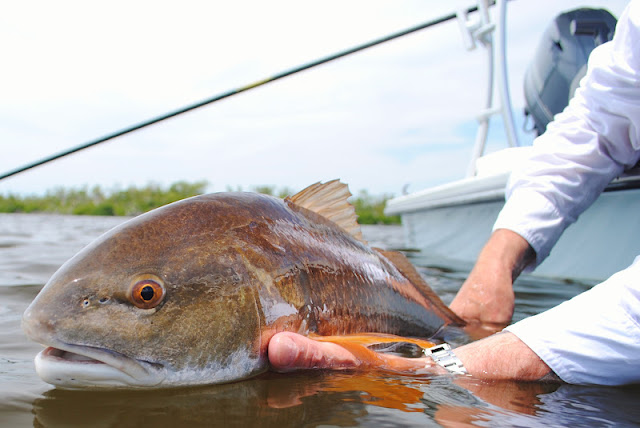 Since it was 3 inches over the slot it was safely released. 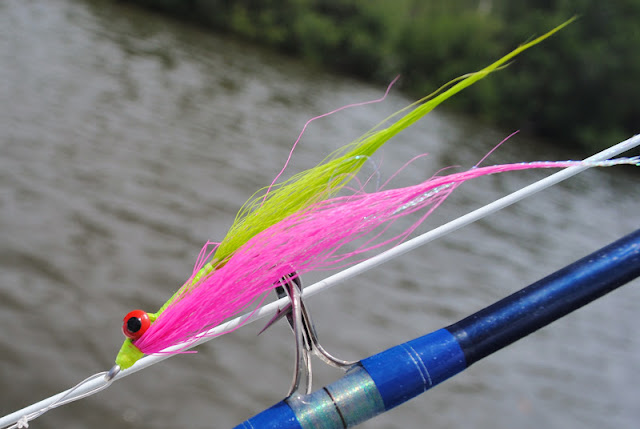 The fly was a pink and green Clouser Minnow.  You've gotta love any fish that's willing to eat something so unnatural looking. 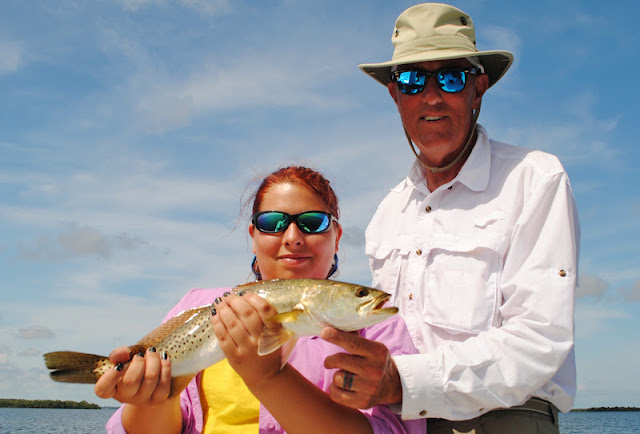 EJ came back on Sunday with his granddaughter Mandy and scored a handful of nice trout on spinning gear in Matlacha Pass.  A great weekend on the water for everyone.
Posted by Capt. Gregg at 2:09 PM

Email ThisBlogThis!Share to TwitterShare to FacebookShare to Pinterest
Labels: fly fishing, Pine Island, redfish, sharks
Newer Post Older Post Home
Welcome to the Pine Island Angler. This blog is published from my home base on beautiful Matlacha, Florida where I run my guiding business Wildfly Charters. I started this site to provide regularly updated news about salt water flats fishing throughout Southwest Florida, the Keys, and many other Stateside and Caribbean locations. As a full time guide since 1995 I'm always looking for that next undiscovered spot or secret fly that will lead me to even better fishing and I'm happy to share what I find here on this site. I welcome any of your comments on all of my posts. Feel free to contact me with any questions by e-mail at gmckee1@hotmail.com or call me directly at (239)565-2960. Capt. Gregg McKee