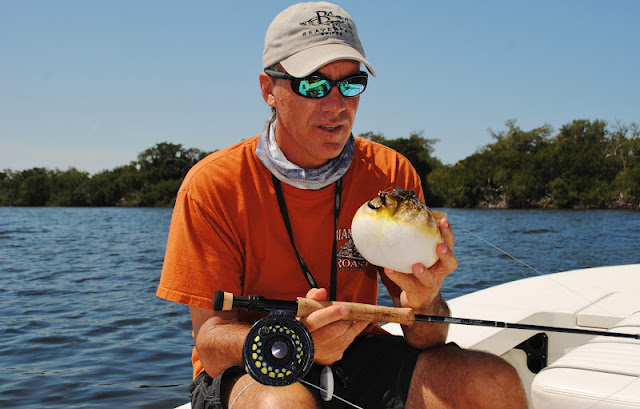 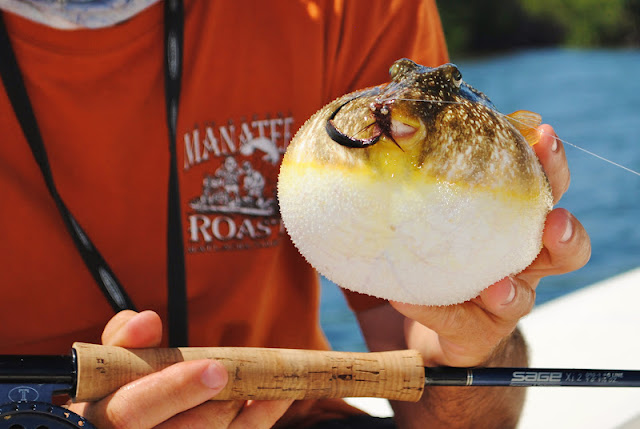 Yes, this is an April Fool's joke but the joke is actually on me.

I just fished twenty-eight charters in a row last month and finally had a day off to take the family out the boat and catch something for myself. Matlacha Pass was flawlessly beautiful this morning with light winds and a nice rising tide. I had plans to scout out some rolling tarpon off Bokeelia and then pick up a nice redfish to bring home for dinner.

Of course none of that happened. Somehow, when it's my turn on the bow and in the most perfect conditions imaginable, everything I look forward to catching gets as scarce as a Toyota Prius in the parking lot of a Monster Truck rally.

The most interesting thing I hooked all day was the blowfish that ate a rabbit fur pattern right next to my boat. I've landed plenty of these weirdos on live shrimp and Gulps but this was the first that ever hit a fly. Blowfish put up a worthless fight but when they puff up into a living softball they're kind of amusing.

And before you laugh, let's see you catch one on a fly.
Posted by Capt. Gregg at 4:59 PM