It was blowing a solid 20 knots again today but that didn't stop my anglers from landing a couple of nice reds in Matlacha Pass.  This is Don Atkinson from Ohio with a perfect 21 incher that he caught in near the power lines on a 9wt fly rod and a green and white Deceiver. 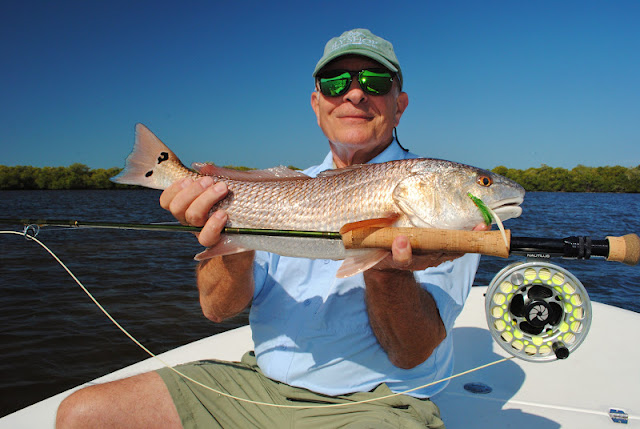 Don's wife Sally followed up with a 22 inch redfish of her own that she landed on a live shrimp under a popping cork. 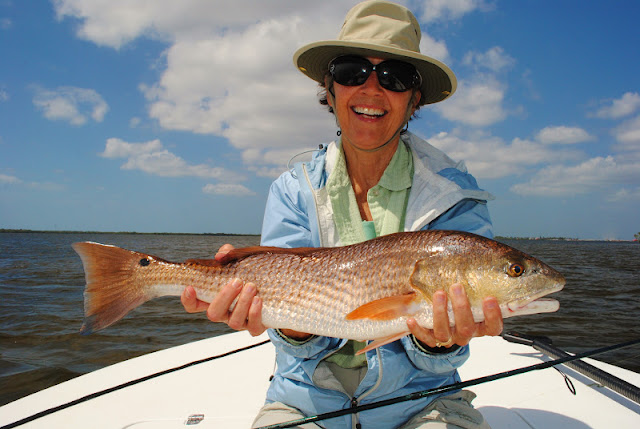 Despite the fact that what little water was on the flats was a choppy mess, there was a lot of bait and that's where we found these fish, mixed in with some big mullet.  The water is also warming back up and things should be right back to where they were last week.
Posted by Capt. Gregg at 6:37 PM