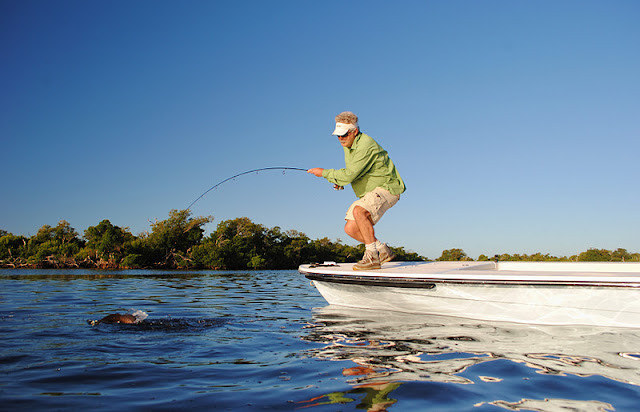 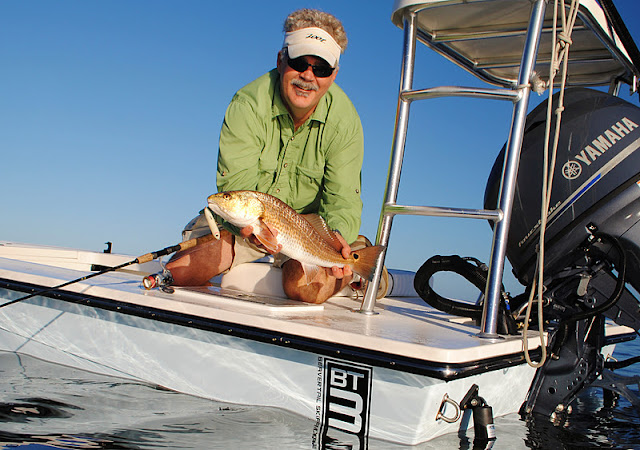 If you've been on any flat anywhere in both Matlacha Pass and Pine Island Sound this past week, you've seen lots of redfish.  Some of the best low tides of the year happend over Christmas weekend and the tailing conditions for these fish have been outstanding.  I've spent most of my time hitting the huge flats north of the Pineland Marina these last three days and that area was covered with reds.  Unfortunately, getting them to eat a fly was another story.

My anglers this past week were all fly fishing and the dead calm winds made getting within casting distance of these fish a real chore.  I could literally pole the boat right over them as long as everyone was standing dead still.  Once anyone started to put some fly line in the air, the reds sensed our presence and bolted.  I really wanted to bang my head against something out there today.  I had some very capable anglers but these reds were even trickier than any Key West bonefish.

On the other hand, topwater lures and Gulps still work like magic.  I watched a buddy land three nice redfish within twenty minutes on Gulp shrimp while kayaking in Matlacha Pass three days ago.  I heard the same story from some other friends fishing closer to St. James City and floating live shrimp near the oyster bars down there.  And the redfish in the photos above ate a Zara Spook for local angler Tim Gleason no more than five minutes after we hit the inside of Charlotte Harbor sandbar late last week.

So the reds are out there in force right now, but choose your weapons wisely.  If you're going to chase them with a fly, be ready to make some long shots and be prepared for some humiliation.  If you want to cheat and use Gulps or live bait, be prepared to take home some nice fillets.
Posted by Capt. Gregg at 6:39 PM

Email ThisBlogThis!Share to TwitterShare to FacebookShare to Pinterest
Labels: fly fishing, Pine Island, redfish
Newer Post Older Post Home
Welcome to the Pine Island Angler. This blog is published from my home base on beautiful Matlacha, Florida where I run my guiding business Wildfly Charters. I started this site to provide regularly updated news about salt water flats fishing throughout Southwest Florida, the Keys, and many other Stateside and Caribbean locations. As a full time guide since 1995 I'm always looking for that next undiscovered spot or secret fly that will lead me to even better fishing and I'm happy to share what I find here on this site. I welcome any of your comments on all of my posts. Feel free to contact me with any questions by e-mail at gmckee1@hotmail.com or call me directly at (239)565-2960. Capt. Gregg McKee