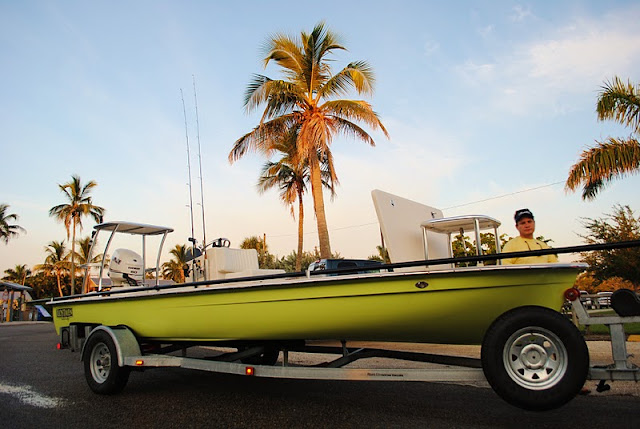 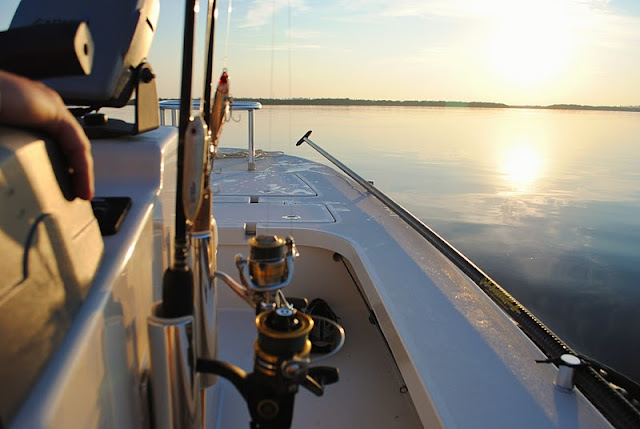 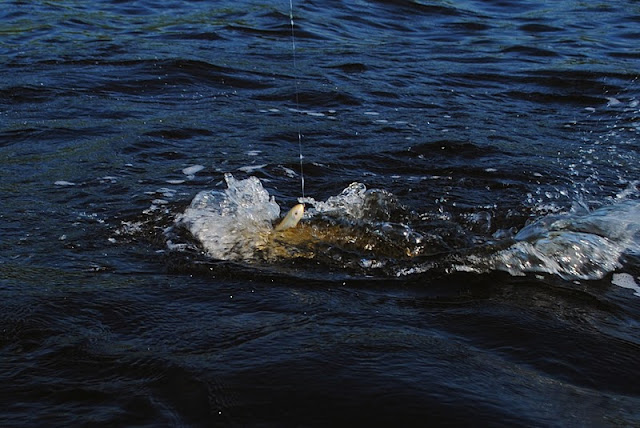 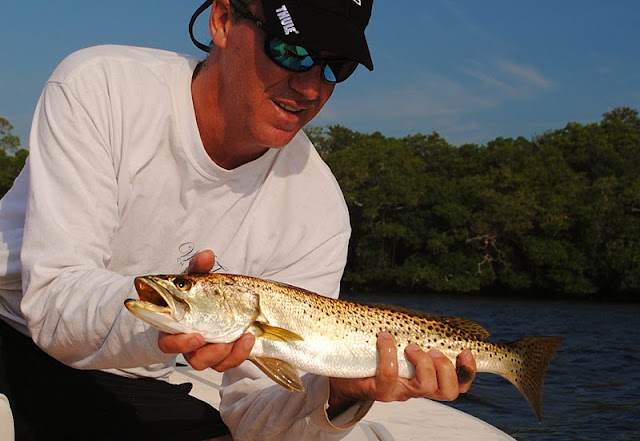 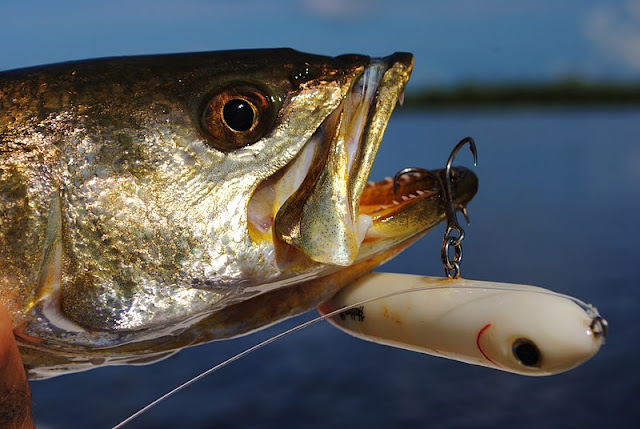 These shots are from Saturday morning when I hit the flats with Jason Dukes of Ft. Myers to chase some tailing redfish.  While we were waiting for the tide to bottom out I landed this beautiful seatrout on my favorite Zara Spook.  At 22 inches, this was my personal best trout of the year and I released him later that afternoon into a pan full of melted butter and white wine sauce.
The redfish appeared right on schedule and we spent almost two hours casting topwaters and flies at tailing fish.  The conditions couldn't have been better with a 0.0 low tide in Matlacha Pass which gave the reds nowhere to hide.  We also had a huge expanse of flats completely to ourselves thanks to the low water and Jason's great East Cape Lostman skiff with its 6 inch draft.  Despite all that, we never hooked a single red.  We got lots of chases but no serious strikes.  A ton of grass on the surface didn't help but it was just one of those days when the redfish were flipping us the bird with their tails.
But fear not.  It's October on Pine Island and that's prime time for redfish.  They'll be schooling up and even easier to spot when they push across the flats by the dozens.  Also, the cooler water temps will keep them in the shallows even in the middle of the day.  That means you can fish the low tides no matter when they occur, even at high noon like we did this past weekend.
Posted by Capt. Gregg at 7:57 PM

Email ThisBlogThis!Share to TwitterShare to FacebookShare to Pinterest
Labels: ECC, Matlacha, redfish, sea trout
Newer Post Older Post Home
Welcome to the Pine Island Angler. This blog is published from my home base on beautiful Matlacha, Florida where I run my guiding business Wildfly Charters. I started this site to provide regularly updated news about salt water flats fishing throughout Southwest Florida, the Keys, and many other Stateside and Caribbean locations. As a full time guide since 1995 I'm always looking for that next undiscovered spot or secret fly that will lead me to even better fishing and I'm happy to share what I find here on this site. I welcome any of your comments on all of my posts. Feel free to contact me with any questions by e-mail at gmckee1@hotmail.com or call me directly at (239)565-2960. Capt. Gregg McKee