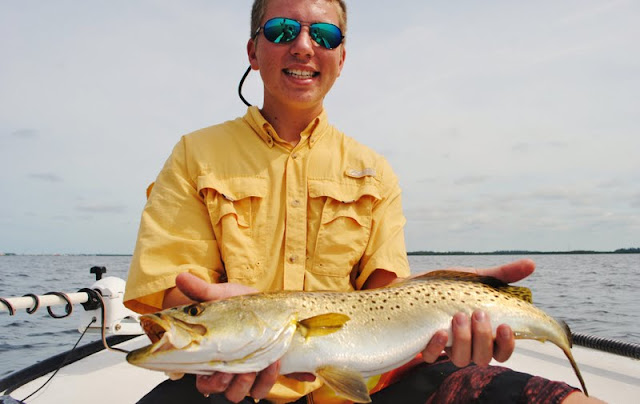 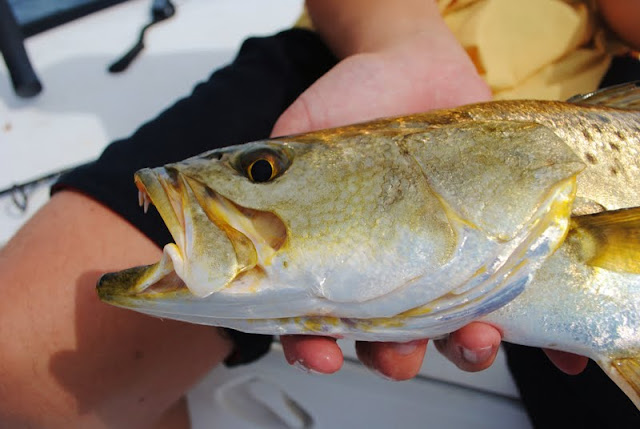 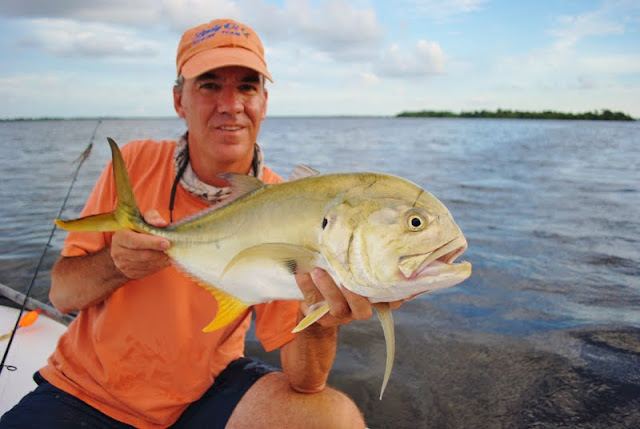 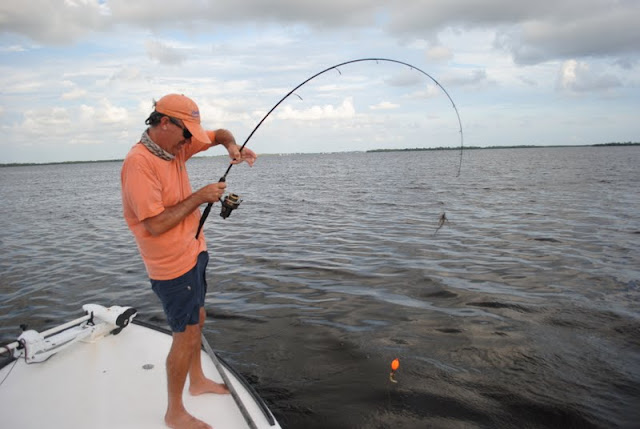 September is one of the best months for sea trout in SW Florida and Matlacha Pass has been on fire with them lately.  Toss a live shrimp under a cork out on any three foot deep grass flat and chances are that you'll hook one.  You'll also hook a lot of catfish this way so try using a DOA or any other plastic bait under the cork instead.  You'll need to pop it a lot more but this tends to attract the bigger trout.  Jacks are also showing up in big schools and they'll hit almost anything.  I caught the six pounder in the pictures above on the Indian Fields grass flats and took almost ten minutes to land it.  They get a lot bigger than this in the deeper waters to the north in Charlotte Harbor.  Look for diving birds and chances are that there will be a school of these hard pulling fish underneath them.

Email ThisBlogThis!Share to TwitterShare to FacebookShare to Pinterest
Labels: jacks, Matlacha, sea trout
Newer Post Older Post Home
Welcome to the Pine Island Angler. This blog is published from my home base on beautiful Matlacha, Florida where I run my guiding business Wildfly Charters. I started this site to provide regularly updated news about salt water flats fishing throughout Southwest Florida, the Keys, and many other Stateside and Caribbean locations. As a full time guide since 1995 I'm always looking for that next undiscovered spot or secret fly that will lead me to even better fishing and I'm happy to share what I find here on this site. I welcome any of your comments on all of my posts. Feel free to contact me with any questions by e-mail at gmckee1@hotmail.com or call me directly at (239)565-2960. Capt. Gregg McKee