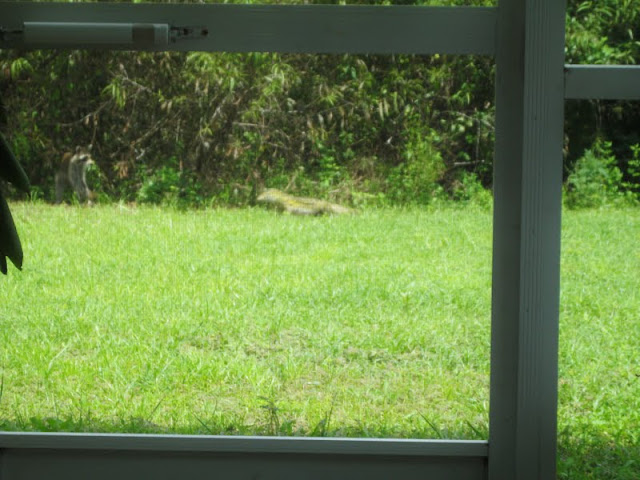 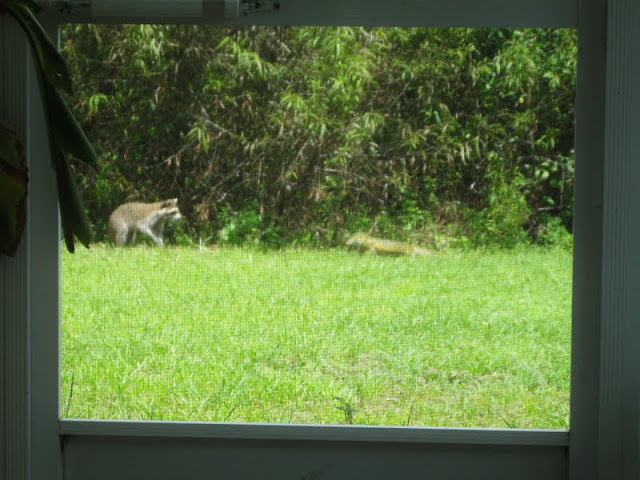 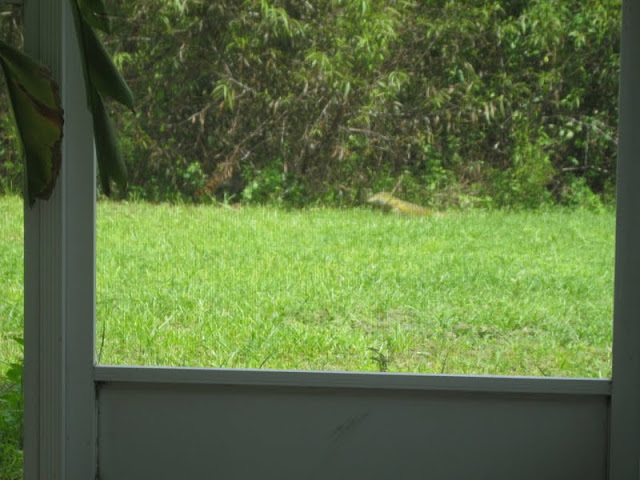 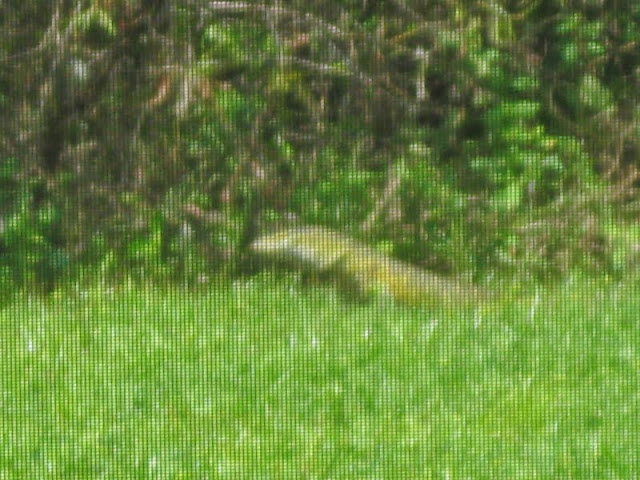 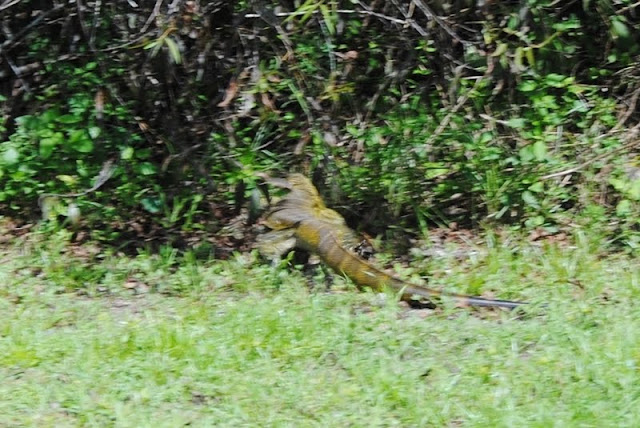 Sorry about the Bigfoot-like quality of these photos but here are some really cool shots my wife took yesterday of a 5 foot long nile monitor facing down a full grown raccoon in our backyard.  The first four photos are very blurry since they were taken with her point-and-shoot Kodak from inside our house and through both a sliding glass door and our screened porch.  I took the last photo with my Nikon DSLR just as the big monitor ran into the bushes after I opened the back door.
These non-native lizards, which can grow to almost 8 feet in length and are very carnivorous, have been spotted around Cape Coral and Pine Island for over 20 years.  Exactly how and when the nile monitors got here is still a mystery but you can read an excellent article about that here.
This was the first nile monitor I've seen outside of a zoo and it was an amazingly beautiful animal.  Its markings were a stunning combination of black, gold and green, which you can see in the last photos above, and it's a real shame that I'll have to kill this big lizard the next time it crawls through my yard.  Unfortuately my dog Maggie is about the same size as the raccoon in those photos and she used to routinely fight with big iguanas when we lived in Puerto Rico.  She won't wind up on the winning end of that deal with a monitor so he's got to go.
Just like the famous burmese pythons of the Everglades, the nile monitors have established a permanent foothold here in Florida and there's probably no getting rid of them.  They're awesome reptiles but not something you want around your dogs or kids.
Posted by Capt. Gregg at 8:32 PM

Email ThisBlogThis!Share to TwitterShare to FacebookShare to Pinterest
Labels: Cape Coral
Newer Post Older Post Home
Welcome to the Pine Island Angler. This blog is published from my home base on beautiful Matlacha, Florida where I run my guiding business Wildfly Charters. I started this site to provide regularly updated news about salt water flats fishing throughout Southwest Florida, the Keys, and many other Stateside and Caribbean locations. As a full time guide since 1995 I'm always looking for that next undiscovered spot or secret fly that will lead me to even better fishing and I'm happy to share what I find here on this site. I welcome any of your comments on all of my posts. Feel free to contact me with any questions by e-mail at gmckee1@hotmail.com or call me directly at (239)565-2960. Capt. Gregg McKee