Mullet On A Fly 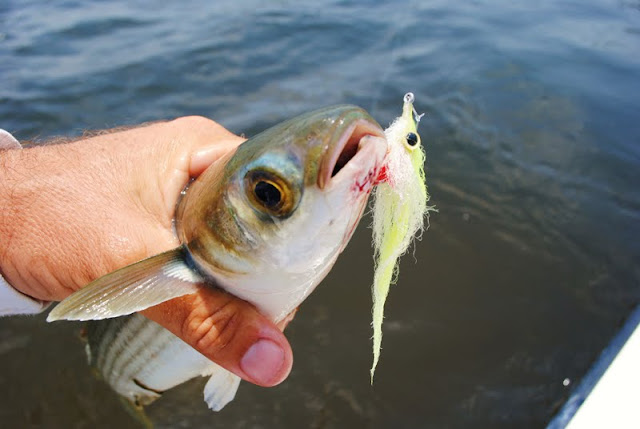 Mullet are everywhere right now but good luck trying to hook one on a fly rod.  They're vegetarians and while that's a really annoying trait in both people and fish, they can be fooled.  The 2 pound mullet in the photo above actually ate a 2/0 Puglisi baitfish fly.  I got this one to eat by casting into a huge school and simply letting the fly sit dead still.  This made the fly look like a floating hunk of algae and the mullet lightly mouthed it and I set the hook as soon as I felt the very slight bump.  I've tried this hundreds of times over the years when I see schools of these fish and it's worked only half a dozen times.  You can tie specific patterns to look like algae on tiny hooks and catch mullet regularly but I haven't tried it.  I have a 5-wt that's collecting dust so I might give it a shot.  They're actually a good fight and I really like eating them.
Posted by Capt. Gregg at 9:43 AM