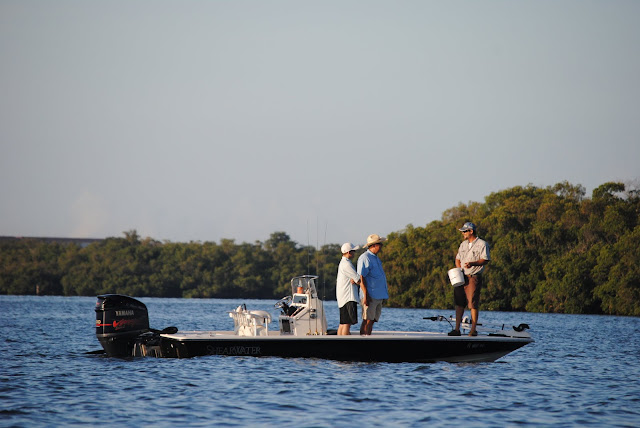 I drove down to Estero early Friday morning to meet up with my friend Capt Mike Bartlett and go fishing with Capt. Ward Kowalyk. 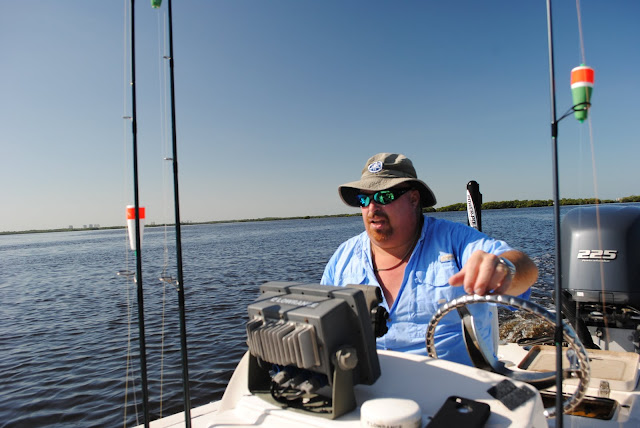 We launched Capt. Ward's 21 foot Hewes Redfisher from the ramp at Weeks Fish Camp and quickly loaded up his baitwell with several nets full of greenbacks and pinfish.  With a falling tide we quickly scored on a couple of keeper redfish under the bushes not far from the ramp. 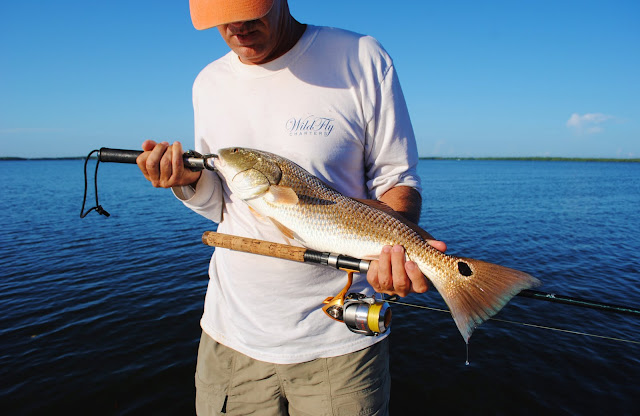 After that Ward ran us to a long oyster bar in Rocky Bay where several snook were popping the smaller greenbacks that we tossed out as chum.  Mike tried hooking them with a fly but there were only fooled by the real thing. 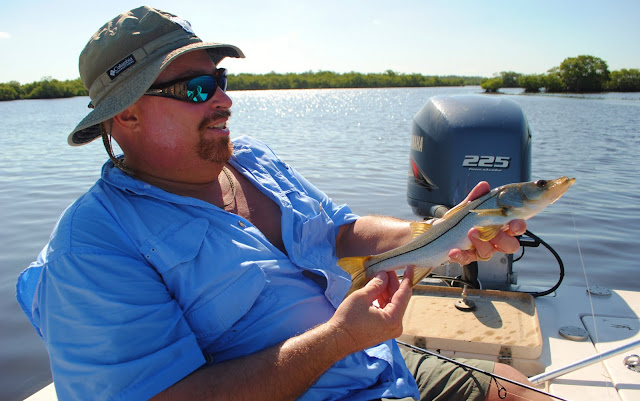 We moved up the bay looking for bigger snook and I got a tremendous strike on a greenback floating under a popping cork.  It was so violent that it actually split the cork in half as it was yanked under the surface.  I had no control over the fish as it sped towards the mangrove and the hook pulled a few seconds later.  Since I never saw exactly what hit me I've decided that it was at least a 30 pound snook and possibly a world record.  A few minutes later Mike got a similar strike which turned out to be a 5 pound jack. 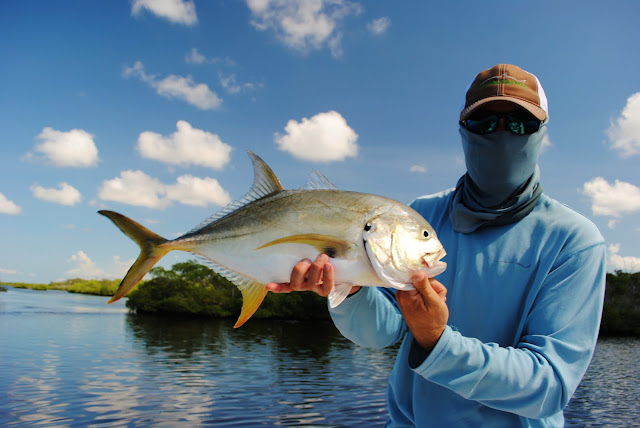 It's been well over a year since I last fished anywhere in Estero Bay and I plan on getting back there more often.  Capt. Ward is a second generation guide and knows the area better than anyone I've met.  If you're heading to Ft. Myers Beach or Estero give him a call at 239-340-8164.
Posted by Capt. Gregg at 6:58 AM

Email ThisBlogThis!Share to TwitterShare to FacebookShare to Pinterest
Labels: Estero Bay, redfish, snook
Newer Post Older Post Home
Welcome to the Pine Island Angler. This blog is published from my home base on beautiful Matlacha, Florida where I run my guiding business Wildfly Charters. I started this site to provide regularly updated news about salt water flats fishing throughout Southwest Florida, the Keys, and many other Stateside and Caribbean locations. As a full time guide since 1995 I'm always looking for that next undiscovered spot or secret fly that will lead me to even better fishing and I'm happy to share what I find here on this site. I welcome any of your comments on all of my posts. Feel free to contact me with any questions by e-mail at gmckee1@hotmail.com or call me directly at (239)565-2960. Capt. Gregg McKee