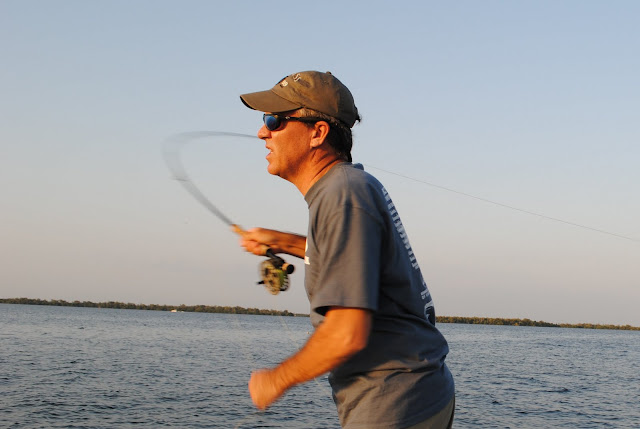 Temple Fork Outfitters (TFO) is one of the most interesting manufacturers in the fly fishing business these days. This Texas based company was one of the first to introduce a line of truly affordable rods that were both great to cast and sturdy enough to handle the harsh saltwater environment. Their smartest move however was teaming up with fly fishing legend Lefty Kreh, and then giving him a free hand to design many of their products.

For those of you who aren’t familiar with the name, Bernard Victor “Lefty” Kreh is the angling equivalent of Michael Jordan, Ernest Hemmingway, Thomas Edison, and John Wayne all rolled into one. It is impossible to underestimate his importance to the sport over his last 83 years. He has written books, designed gear, and been the best possible ambassador in the entire history of fly fishing. And thanks to Lefty joining forces with TFO, the world finally had a selection of $99 fly rods that many anglers wouldn’t hesitate to take on a saltwater fishing trip.

These great rods, called Lefty’s Signature Series, were really something else. I wound up handling a lot of them over the last few years, especially when I was guiding down in the Caribbean. Many of my anglers picked up an inexpensive TFO as a travel or backup rod because they didn’t mind submitting a $99 piece of gear to the horrors of checked luggage. Having anything crushed by an airline baggage handler is painful, but $99 won’t break the bank. And TFO still managed to give their rods a lifetime warranty just like their more expensive competitors at Sage and Orvis.

I always make a point of casting a new rod when I see one on my boat and the various TFOs never failed to impress me. They were way better than you’d expect for the price and I always told that to the anglers who brought them. However, with TFO, I could always tell that I was casting a good rod but not a great one, due to their weight. They just weren’t in the same category as the Sage Xi series that were my personal choice. I would have gladly owned a Temple Fork rod, but I just wouldn’t have used it very much.

All that changed last year when TFO unveiled their latest fly rods designed by the team of Lefty and Flip Pallot, another famous angling personality best known for his classic “Walker’s Cay Chronicles” TV show. This new BVK series of rods, designed for both fresh and saltwater is a real game changer. Priced at just $249 for the 7 through 10-weights, these 4 piece, 9 footers cast as well or better than almost anything their competition makes at twice, or in some cases triple, the price.

A couple months ago I picked one up for the first time and easily cast an entire 100 foot fly line. This was really amazing since it was such a light rod, a 3.1 ounce 7-weight, and I don't consider myself a long distance caster. If I didn't know this particular rod's price to begin with, I would have guessed that TFO was charging at least $500 for it. It was an amazing piece of gear and the 7-weight BVK is the perfect outfit for working the local grass flats for sea trout around Pine Island. Where TFO’s heavier rods in the BVK series are concerned, they are the perfect tools for chasing redfish, snook, and tarpon throughout Southwest Florida, and so is their price.

Finally, I'm not writing any of this just to shill for TFO. They are not giving me a deal on any of their gear. I've actually been on Sage's guide program for the last fifteen years and every fly rod I currently own has their name written on it, but that's about to change. One of those little BVK 7-weights will be my new trout and baby tarpon rod very soon. At $249 plus a lifetime warranty, that deal just can’t be beat. The anglers around Pine Island and Matlacha have been slow to embrace fly fishing but Lefty Kreh and Temple Fork can change that.

If you're in the area you can pick up a new BVK or one of several different TFO rods and reels at Florida Paddlesports on Pine Island Road. If you’ve given the slightest thought to fly fishing, stop by this area’s newest fly shop and take a look at what a little money can buy you. Temple Fork Outfitters, and their great BVK rods, won’t disappoint you.

Email ThisBlogThis!Share to TwitterShare to FacebookShare to Pinterest
Labels: fly fishing, TFO
Newer Post Older Post Home
Welcome to the Pine Island Angler. This blog is published from my home base on beautiful Matlacha, Florida where I run my guiding business Wildfly Charters. I started this site to provide regularly updated news about salt water flats fishing throughout Southwest Florida, the Keys, and many other Stateside and Caribbean locations. As a full time guide since 1995 I'm always looking for that next undiscovered spot or secret fly that will lead me to even better fishing and I'm happy to share what I find here on this site. I welcome any of your comments on all of my posts. Feel free to contact me with any questions by e-mail at gmckee1@hotmail.com or call me directly at (239)565-2960. Capt. Gregg McKee