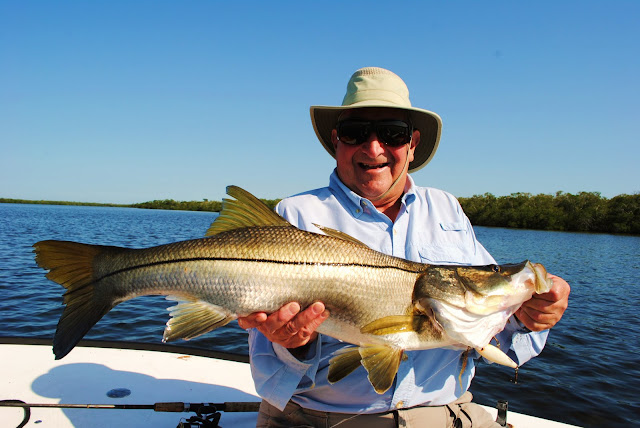 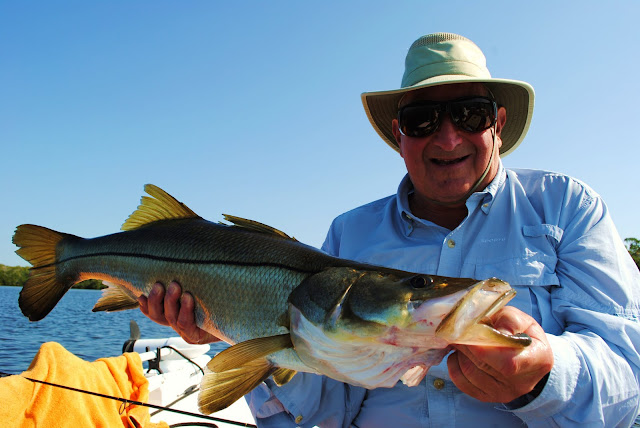 Lee Seabeck from Ohio came back to fish with me again this year and landed this awesome snook near Tropical Point off Pine Island.  Our main target were the redfish that we were seeing everywhere but this big 30 incher slammed a topwater lure right at the tip of a large mangrove.  The next few minutes were one of the most impressive struggles that I've witnessed in a long time as Lee pulled hard against the snook that was violently determined to drive itself back into the root system where it could easily cut the leader.  Lee won the battle and five minutes later we had the fish on board for some photos and a quick release.
In addition to this brute we also landed a couple of these smaller snook on the same white Badonk-A-Donk lure. 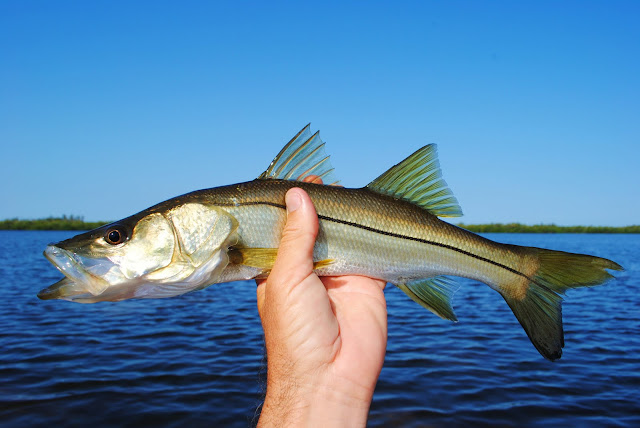 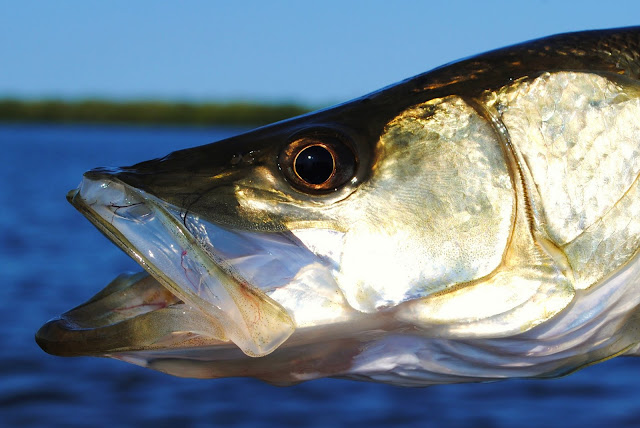 For at least two hours we were seeing and casting to nice reds every fifty feet.  Most of them were surprisingly indifferent to the lures and only a few made half-hearted follows.  We finally managed to hook a beautiful red in a very narrow creek but lost it and the lure to an unseen knot in my Power Pro.  A big 20 inch trout also came unhooked right next to the boat so Lee almost had a Grand Slam but we can't claim it without the landing photos.  It was still a perfect morning either way.
Posted by Capt. Gregg at 3:00 PM

Email ThisBlogThis!Share to TwitterShare to FacebookShare to Pinterest
Labels: Pine Island, snook
Newer Post Older Post Home
Welcome to the Pine Island Angler. This blog is published from my home base on beautiful Matlacha, Florida where I run my guiding business Wildfly Charters. I started this site to provide regularly updated news about salt water flats fishing throughout Southwest Florida, the Keys, and many other Stateside and Caribbean locations. As a full time guide since 1995 I'm always looking for that next undiscovered spot or secret fly that will lead me to even better fishing and I'm happy to share what I find here on this site. I welcome any of your comments on all of my posts. Feel free to contact me with any questions by e-mail at gmckee1@hotmail.com or call me directly at (239)565-2960. Capt. Gregg McKee