I've been so busy with charters this past week that I've forgotten to post a report on what we've been finding out there.  Like the headline says, the reds are just everywhere in both the north and south parts of the Pass.  I'm not talking about rats either but big over-sized fish that leave huge wakes when you spook them out of the grass.  And they've been mixed in with some remarkably big snook that lay dead still in the shallow pot holes, looking like black logs but refusing to eat any of the artificials of flys we've been dropping on them.

The redfish are another story and have been climbing all over the topwater lures and live shrimp.  These are some shots from this morning with angler Jeff Seed from England and two of the reds he landed.  The first one was a really strong 30 incher that crushed a Zara Spook on a flat in the Indian Fields.  The second red was a 23 incher we spotted cruising along the mangroves and hit a live shrimp.  This one came back home with us for dinner since it was one of the first fish that wasn't over slot that I've landed all week.  Not a bad problem to have. 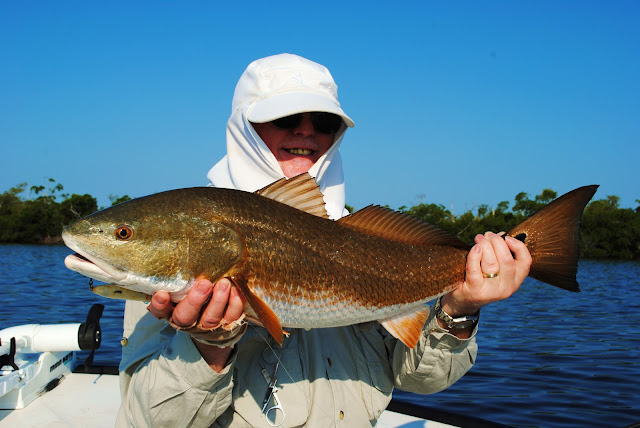 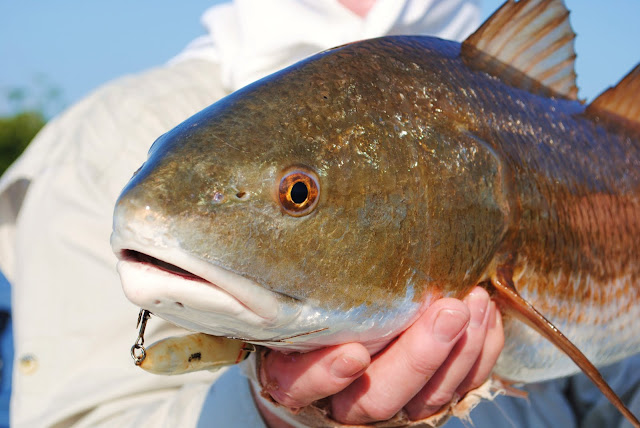 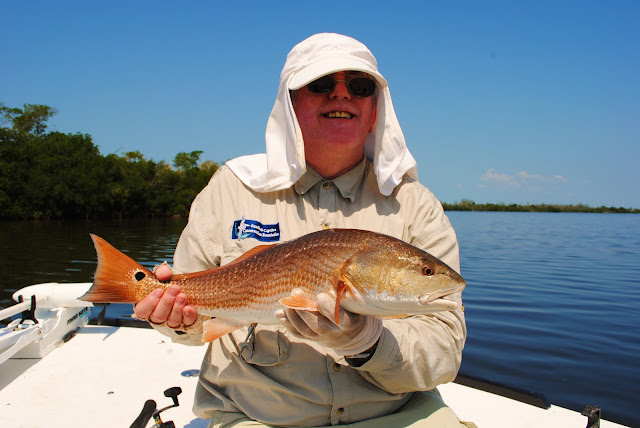 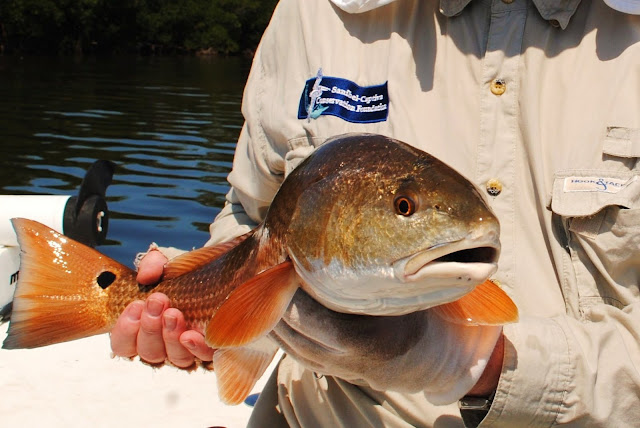 We've got some fantastic morning tides coming up this week and the best day of all is Friday, which I still have open on my schedule.  If you're a fly fisherman and want a shot at some tailers that will be the day so give me a call.
Posted by Capt. Gregg at 3:05 PM