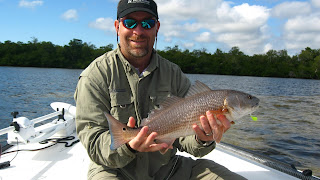 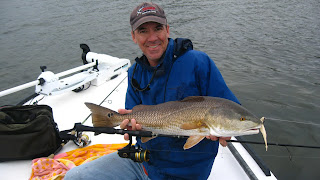 Here are a couple of shots from last weekend when I was out with my buddy Don Morehead who owns Keystone Custom Rods here in Cape Coral.  We absolutely slammed the reds for the first two hours of the morning and landed nine total.  Three of the fish were over the slot limit, including the 30 incher in the bottom photo.  All but one of these redfish were caught on white jerk baits and the biggest fish smashed a Zara Spook.  Despite being cloudy and cold it was one of the best morings I've had in Matlacha Pass in a long time.
Posted by Capt. Gregg at 8:42 AM