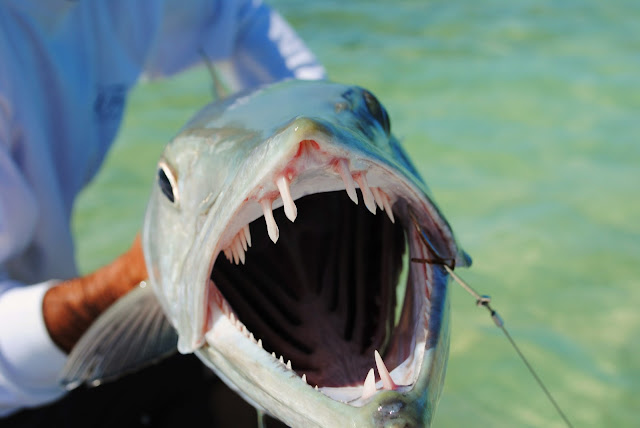 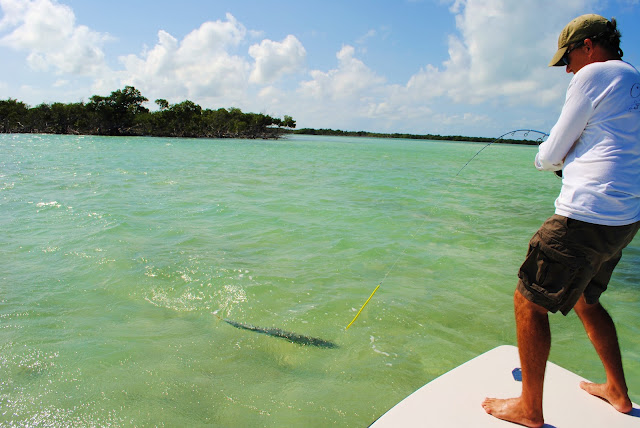 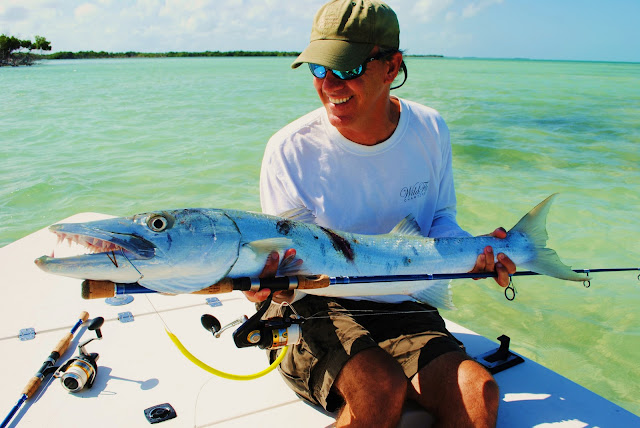 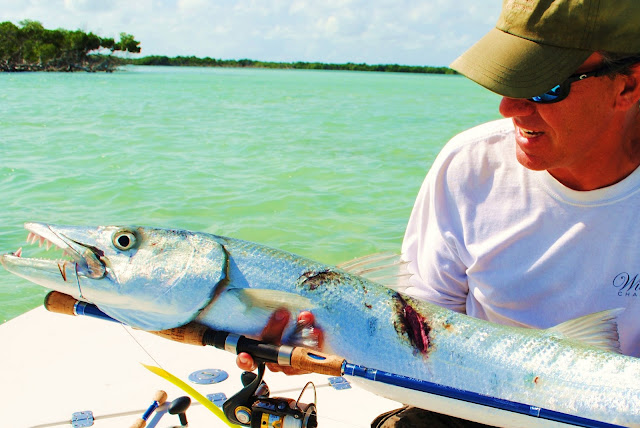 I just got back from a long weekend in Key West fishing with Capt. Mike Bartlett.  The highlight of the trip was catching this four-foot long barracuda off the Snipe Keys.  I've caught hundreds of big cudas over the years in Florida and the Caribbean but this fish put up one the best fights I've ever experienced.  Barracuda are always a blast on light tackle but this one was extra psychotic and came charging straight at the boat after it was hooked.  Having those teeth flying straight for my groin at 40 mph was a very real danger.  Earlier in the week a kayaker was seriously injured in the Upper Keys when a free jumping barracuda slammed into her side and punctured a lung.  You can read that story here.

Incidents like that are obviously rare but big barracuda are nothing to mess with near a boat.  Mike came very close to getting nailed while he was unhooking this fish after I lost my grip on it.  But as mean as cudas can be they're actually a favorite food for sharks.  This particular fish nearly became a meal itself recently and you can see the evidence of that close encounter in the bottom photo.  I've seen barracuda with shark bites before but never one this drastic.  This was one serious fish and I was happy to release him after a few quick photos.
Posted by Capt. Gregg at 6:18 PM