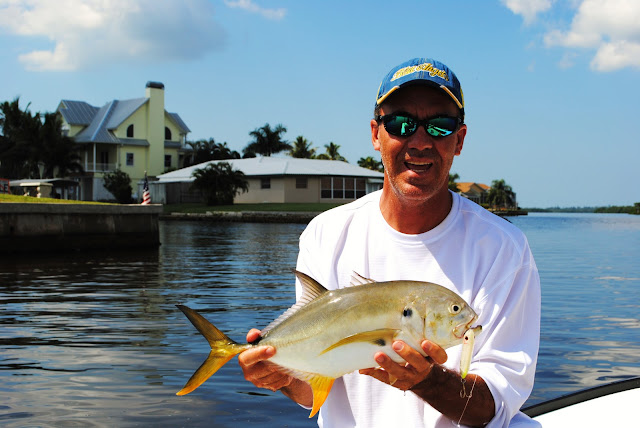 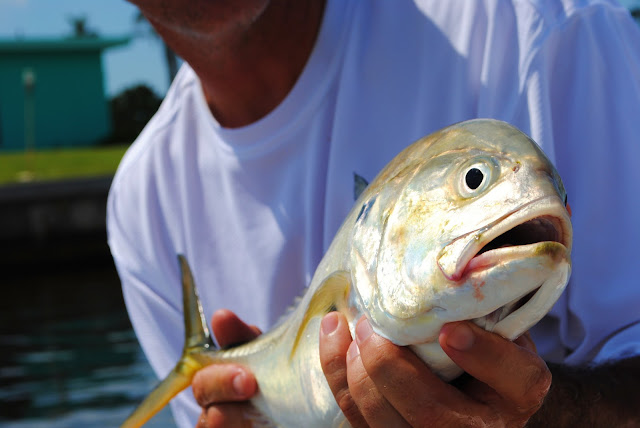 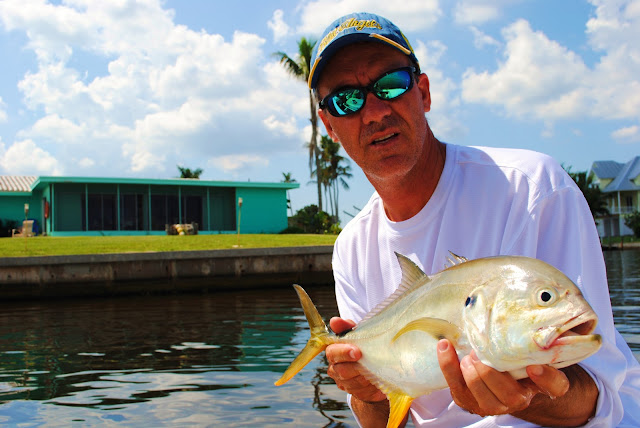 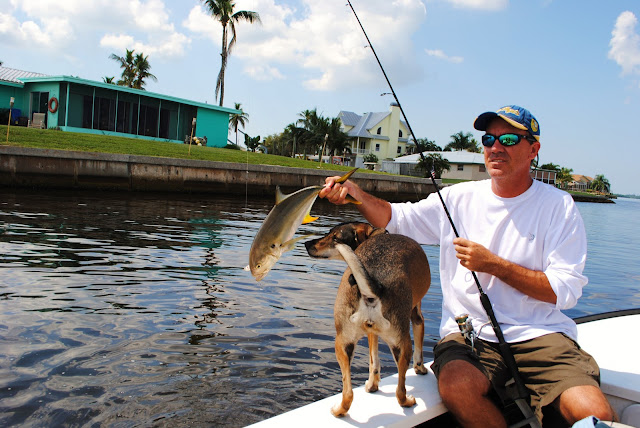 Last week I posted some shots of the jacks we've been hooking on the flats just north of Matlacha.  Over the past few days we haven't even had to travel that far to catch these fish.  Big schools of jack crevalles have been cruising right up and down the canals of the island starting at the drawbridge and heading north.  They're looking for schools of glass minnows and when the jacks find them they'll push the smaller fish right up against the sea walls and start feeding.  It's an obvious sight and it literally looks like someone is tossing Cherry Bombs into the water.  The five pounders in these photos were part of a school of at least 200 fish and we chased them for half and hour just using the trolling motor and tossing Zara Spooks into the frenzy.  These are incredibly hard pulling fish for their size so you'll need at least 20# Power Pro line to stop them from running under the dock pilings and making off with your lures.
Posted by Capt. Gregg at 6:04 AM

Email ThisBlogThis!Share to TwitterShare to FacebookShare to Pinterest
Labels: jacks, Matlacha
Newer Post Older Post Home
Welcome to the Pine Island Angler. This blog is published from my home base on beautiful Matlacha, Florida where I run my guiding business Wildfly Charters. I started this site to provide regularly updated news about salt water flats fishing throughout Southwest Florida, the Keys, and many other Stateside and Caribbean locations. As a full time guide since 1995 I'm always looking for that next undiscovered spot or secret fly that will lead me to even better fishing and I'm happy to share what I find here on this site. I welcome any of your comments on all of my posts. Feel free to contact me with any questions by e-mail at gmckee1@hotmail.com or call me directly at (239)565-2960. Capt. Gregg McKee