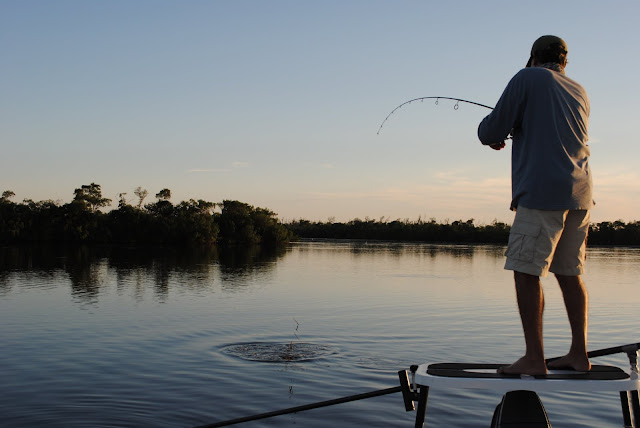 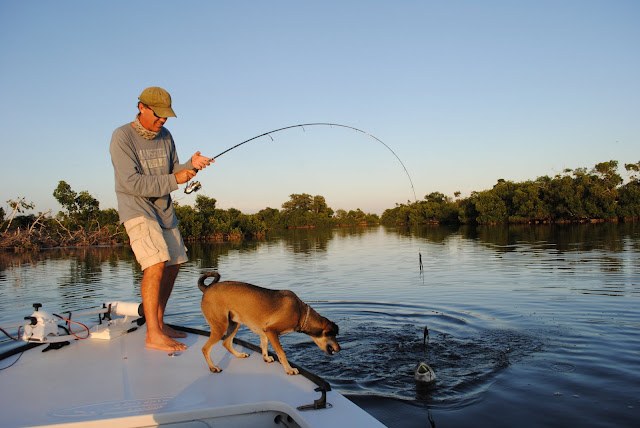 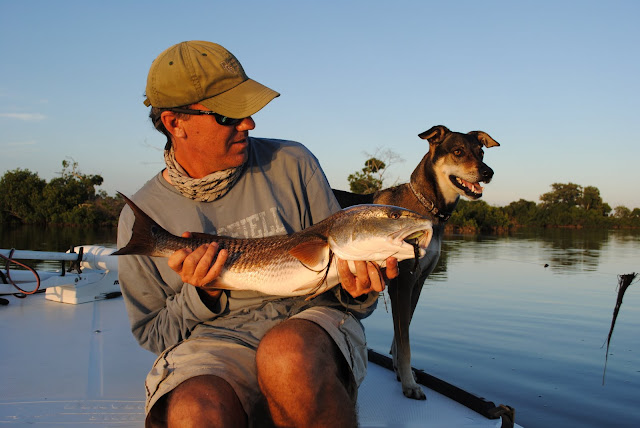 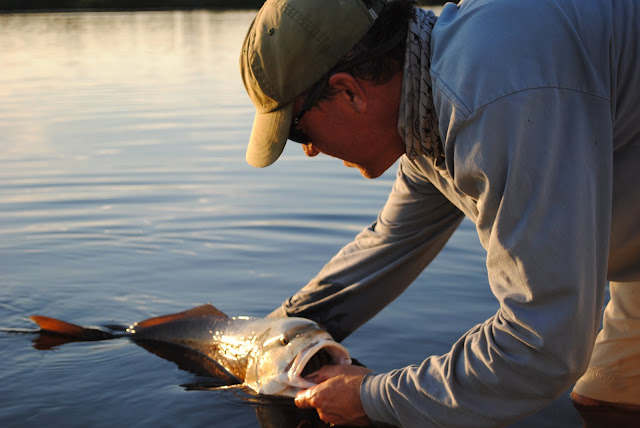 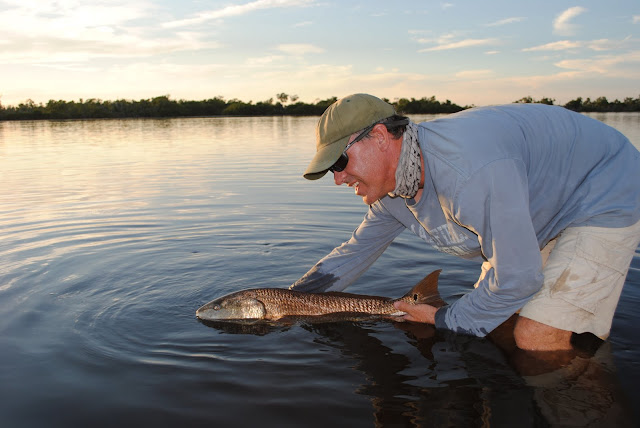 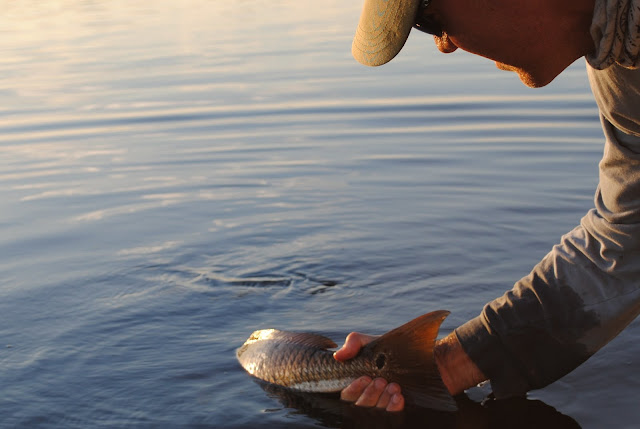 In addition to being really big, these are some of the easiest reds I've caught all year.  We found these fish just north of Matlacha tailing in less than a foot of water.  The surface was covered with grass but I still tried casting to them with a Zara Spook. I'd get about two twitches out of the lure before it would snag a huge clump of crud.  Normally a single blade of grass hanging from a hook will turn them off but these redfish were chasing the fouled lure like it was the last piece of food on earth.
I caught the beautiful 28 inch red in these photos on my second cast last night.  The small bay I was fishing was full of tailing reds mixed in with tons of jumping mullet.  It was also loaded with more no-see-ums than I've encountered in months and I was slapping myself silly while I was reeing this thing in.  There were no bugs at all two minutes earlier but once the sun turned orange someone cranked the no-see-um switch to full throttle.  If you're fishing the mangroves around sunset this week expect to hook some of these great redfish an get eaten alive while you're doing it.  Just don't forget to bring a few gallons of Deep Woods Off.
Posted by Capt. Gregg at 8:05 PM