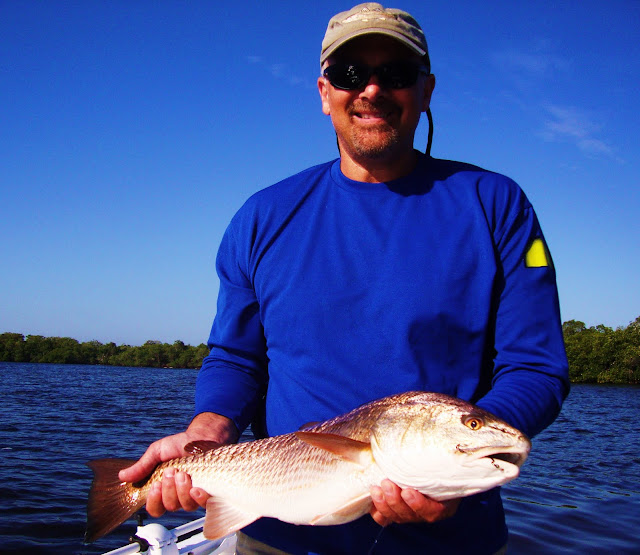 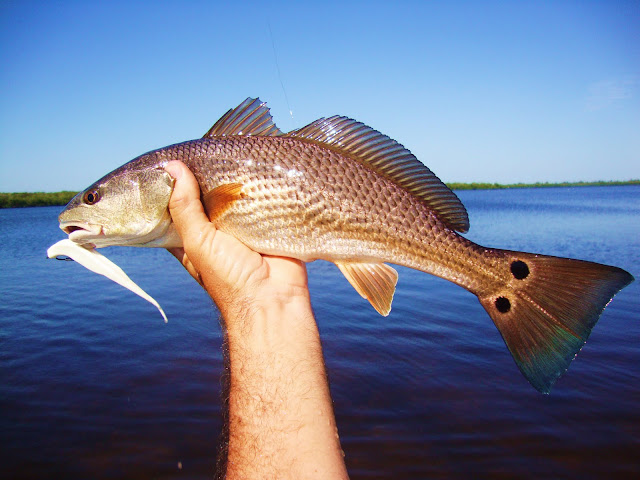 Angler George Nassor and I had a great morning chasing redfish in the really shallow creeks of Matlacha Pass. George hooked half a dozen reds on both topwater lures and white jerkbaits. The best producer was a dark yellow Mirrodine lure that drew several great surface strikes. Unfortunately this same lure had a problem keeping the redfish stuck and at least three came loose despite the dual treble hooks. The one it did hold is pictured above, a nice 25 1/2 inch beauty.

The smaller red pictured above actually launched itself out of the water right after it hit the jerkbait, something I rarely see them do. We were on the fish all morning right until the incoming tide switched and shut things off instantly. The same conditions that gave us such a good morning will be here through the weekend and I'll probably keep chasing the redfish until the tarpon become way too tempting.
Posted by Capt. Gregg at 6:45 AM