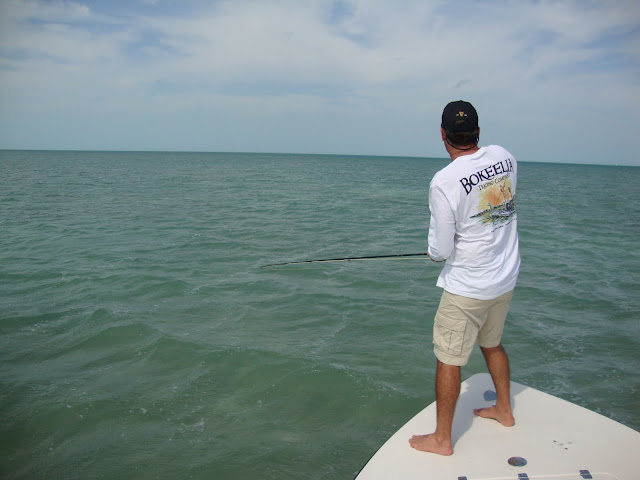 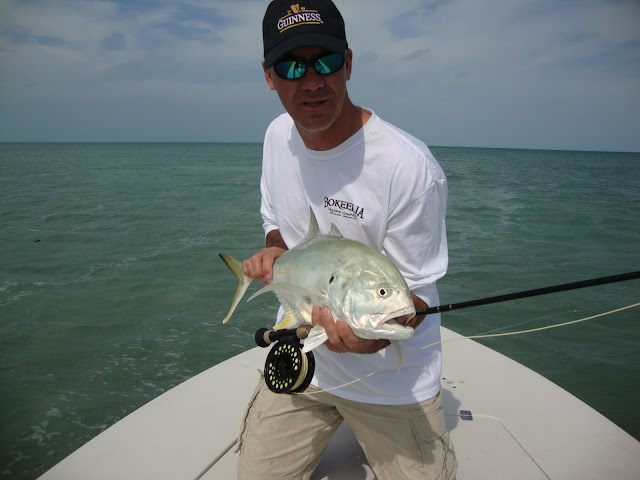 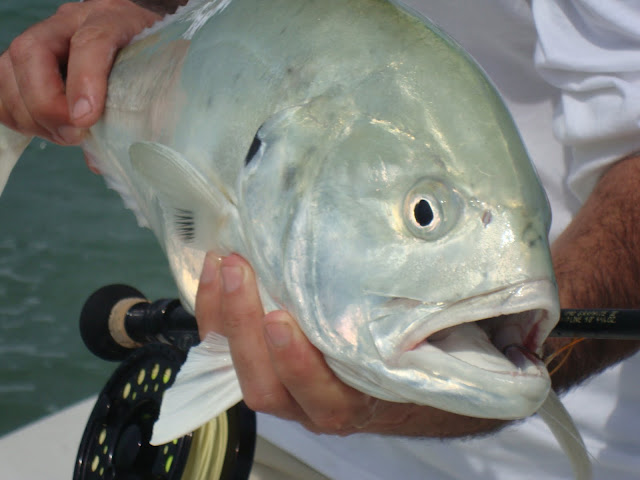 I just got back for a great trip to Key West where I hit the water with my good friend Capt. Mike Bartlett. The fishing was excellent as always despite the fact that it was cold and windy down there, too. Cold for Key West that is. Highs were in the low 70's and the wind was blowing around 15 to 20 knots. This is actually typical of Key West this time of year.

Our main target was the big jacks that were hanging on the backs of mudding stingrays in the Gulfside flats. We were using bright green topwater sliders so we could draw a surface strike and capture it on video. It worked perfectly and I'll post the film once my friends have it edited.

The one pictured above is a medium size jack crevalle, probably around 8 pounds, but Mike has landed them up to 18 pounds earlier this winter. A fish of that size would be an epic battle on a 9 weight fly rod like the one I was casting.

Wintertime jacks in Key West are the perfect gamefish for any angler, especially a beginner just looking to bend a fly rod on a real brute. They're even easier to hook using spinning gear. An added bounus on these same flats are the giant barracuda and huge lemon and bull sharks, but that's a whole other story for a later trip.

Email ThisBlogThis!Share to TwitterShare to FacebookShare to Pinterest
Labels: fly fishing, jacks, Key West
Newer Post Older Post Home
Welcome to the Pine Island Angler. This blog is published from my home base on beautiful Matlacha, Florida where I run my guiding business Wildfly Charters. I started this site to provide regularly updated news about salt water flats fishing throughout Southwest Florida, the Keys, and many other Stateside and Caribbean locations. As a full time guide since 1995 I'm always looking for that next undiscovered spot or secret fly that will lead me to even better fishing and I'm happy to share what I find here on this site. I welcome any of your comments on all of my posts. Feel free to contact me with any questions by e-mail at gmckee1@hotmail.com or call me directly at (239)565-2960. Capt. Gregg McKee